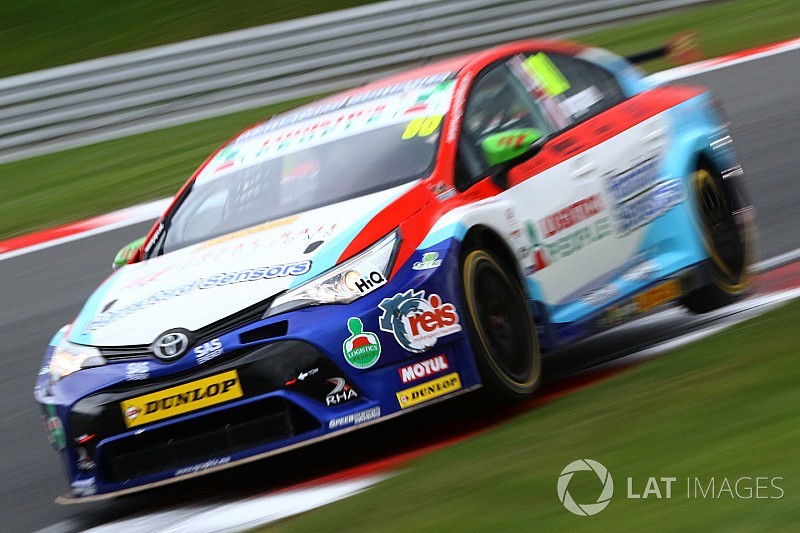 Tom Ingram won the final BTCC race at Brands Hatch to move into the lead of the drivers’ standings after the opening three rounds of the campaign.

The Speedworks Motorsport Toyota driver, who leapt from 11th on the grid to seventh on the opening lap, profited as cars ahead tripped over each other to make his way up to second place after only seven laps.

He overtook leader Rob Austin’s HMS Racing Alfa Romeo as the pair began lap 13 to then power clear to an untroubled victory.

Austin was forced into defensive mode in the latter part of the race as a charging Adam Morgan (Ciceley Mercedes) hunted him down. Morgan made his move with two laps to go and secured runners up spot.

Ingram, who is three points clear in the standings from race one winner Jack Goff (Eurotech Honda), said: “To come from 11th is an amazing feeling but it was all about the good work at the start. The car was so strong in that race with no weight in: that is going to be crucial for us for the rest of the season.

“I was able to get the power down coming out of Clearways no matter what line I used, and that was enough to get me ahead of Rob. There was pressure on me this weekend, but I feel like we have proved a point now.”

Morgan said he was delighted to have landed a podium in the maiden weekend. “We had pace all day, but things didn’t play my way. The car was superb in that last race though and I was following Rob in the Alfa and I could see that his tyres were going off. He just left a chink going into Clearways and I only need a chink. Second is a solid result for us.”

Rory Butcher (AmD Tuning MG) was sixth ahead of Matt Simpson (Eurotech Honda) and Goff. Colin Turkington powered his WSR BMW from 27th on the grid to ninth, just in front of the Power Maxed Vauxhall of Josh Cook.