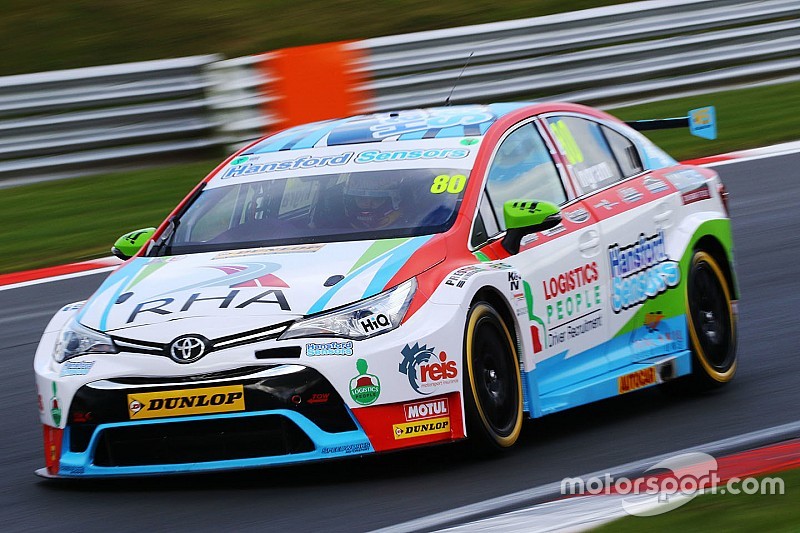 Tom Ingram opened his 2017 BTCC account with victory in the opening race of the year at Brands Hatch.

The Speedworks Toyota man passed polesitter Jeff Smith's Eurotech Honda on the opening lap and powered to a 2.5 second advantage to take victory for a second year in a row at the Kent track.

“The start was all important,” said Ingram. “I knew I had to push for a gap early on because Jeff was on soft [tyres] and he would drop back.

"I got my head down and the car worked perfectly. I seem to be making a habit of winning the opener.”

Shedden said his race had not been without drama: “Adam was coming on strong at the end, and I had all kinds of warning lights going off on the dashboard of my car.

"That was just what I needed with Morgan closing, but we just held on.”

Smith was forced to pit with a wheel problem on lap 15. However, his Eurotech teammate Jack Goff claimed fourth place after having worked his way ahead of Rob Austin’s Handy Motorsport Toyota on lap 18.

Austin held on to fifth spot ahead of WSR BMW duo Andrew Jordan and Rob Collard.

The event had started with drama when the fourth- and fifth-place qualifiers, Matt Neal and Colin Turkington, collided away from the line.

Neal’s Honda dropped down the sloped start line at Brands and hit the rear of Turkington’s machine, spinning the BMW across the track. Luckily, the other runners avoided the stricken cars.