The pair collided during the final two minutes of the session after Chilton nudged Blundell into the chicane. Blundell was forced wide but hit the Ford Focus RS of Chilton into the tyre wall as he re-joined the circuit.

A subsequent red flag meant Chilton had his fastest lap scrapped, while Blundell was issued with a verbal reprimand by organising body TOCA – in addition to receiving a strike for his crash with the MG6 of Sam Osborne in race two at Donington Park.

Blundell said he had been left “slightly confused” by the BTCC driving standards during his maiden campaign, while Chilton questioned Blundell’s spatial awareness.

Chilton told Motorsport.com: “This was somebody who couldn’t do two things at once – it was like a lack of experience.

“The fact that he purposefully blocked me into the chicane first of all was terrible, he should have got a reprimand just for that.

"Then the fact he lost control on his own, then couldn’t use his mirrors, then turned in front of me when he just should have gone across the grass because of where he was... that was spatial awareness from someone who can’t use his mirrors while driving.”

But the World Touring Car Championship race winner said “there was a big difference between the incidents”, and thinks Blundell should consider his place on the grid.

“I said to him yesterday ‘I shouldn’t have to say this to you, Mark, you’re ex-Formula 1, ex-Le Mans winner, but you looked like you were completely out of your depth’.

“I honestly think he shouldn’t be in this championship because he’s that far off – it’s dangerous.

“He’s the most inexperienced-to-look-at driver I’ve ever seen in British Touring Cars. I really think he should seriously think about pulling out – that’s my gut feeling.”

Blundell was unavailable for comment – having left the circuit early after retiring from race three – but AmD team boss Shaun Hollamby defended his driver, stressing the difficulty required to adapt to the BTCC.

He told Motorsport.com: “I think with hindsight, Mark should have given Tom more room on the entry and then they wouldn’t have had the problem coming out, but he was struggling because he had a power steering failure at the start of qualifying.

“To be honest, I don’t really care what Tom Chilton thinks. It’s not even in my remit, I only care what my driver thinks. Mark’s been on the Formula 1 podium!

“My driver is Mark Blundell and I’m pleased with where he’s gone. He’s having some ups and downs as we’ve seen with lots of drivers coming into the BTCC.

"It’s a very tough championship and the cars are very difficult to drive.” 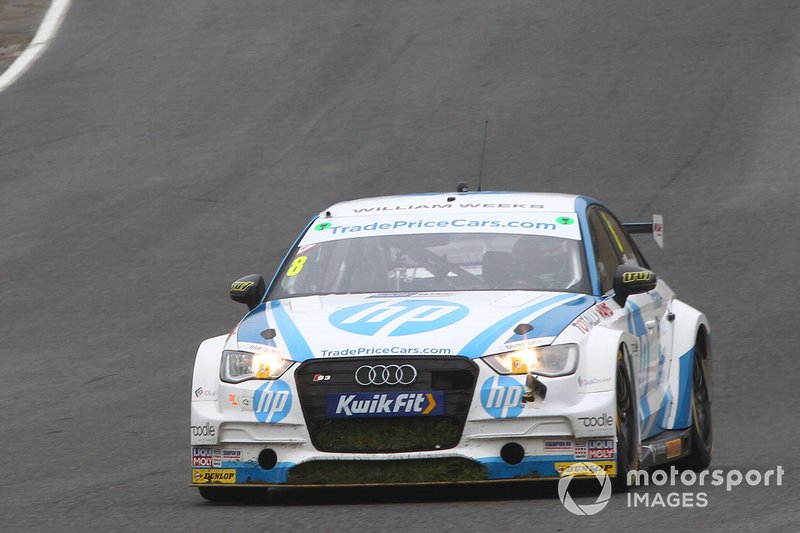