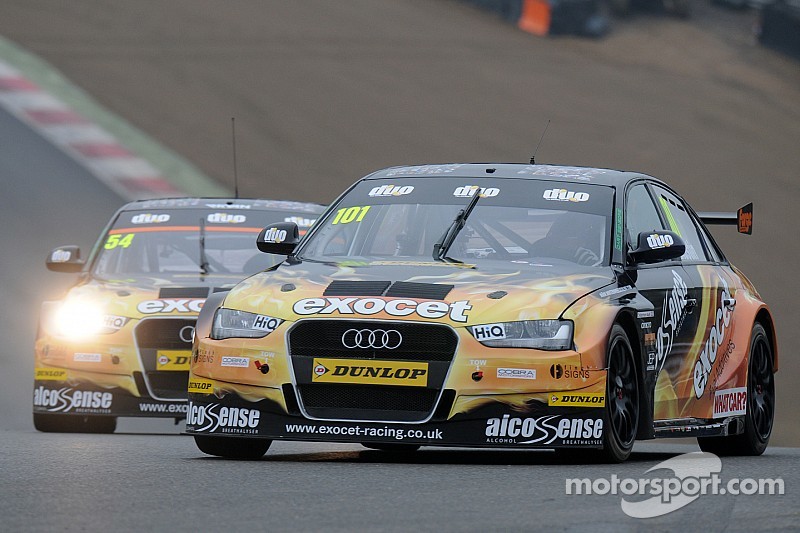 Rob Austin has issued an apology for deliberately choosing his own name from the reverse grid draw for the final BTCC race at Brands Hatch on Sunday.

After finishing 10th in the second race at the Kent track, Austin performed the BTCC's trademark random ball draw to decide how much of the grid would be reversed for the final race of the day.

But, out of five positions ranging from sixth to 10th, the Audi driver ostensibly picked his own position at random, handing himself pole position - only to admit later on television that he had in fact seen the ball marked "10" immediately prior to making the draw and deliberately picked it in what he described as a "moment of stupidity."

Series organisers repeated the draw following complaints that Austin had chosen his own number, but with the same result, meaning that the 34-year-old would start from pole anyway for a race ultimately won by works Honda driver Matt Neal.

A statement on Facebook written by Austin said: "I can't tell you how crap I have been feeling about it. I think it was obvious from the moment I pulled #10 out that this did not sit well with me, hence my decision to own up during my grid interview.

"When I glanced down and by chance saw #10, it was an opportunity to get all of our sponsors on to the front row and [get] lots of TV coverage; an opportunity to potentially reward my team's hard work and my fans with some silverware."

Austin added that he had seen other drivers perform a similar trick in the past and that he was relieved that he failed to win the race after his "deception."

"Even though it was drawn again completely fairly, I didn’t feel I should be there, and although I was still giving it everything to win that race there’s a part of me that is actually glad that I didn’t win it because it wouldn’t have been right if I did after that.

"Once again, I am truly and sincerely regretful and sorry for letting everyone down with my moment of stupidity, and I hope everyone will accept my most sincere apologies and not let my actions be a negative reflection on the championship, my sponsors or my team," the statement concluded.

The championship has since confirmed that no current BTCC drivers will be permitted to perform future reverse grid draws.