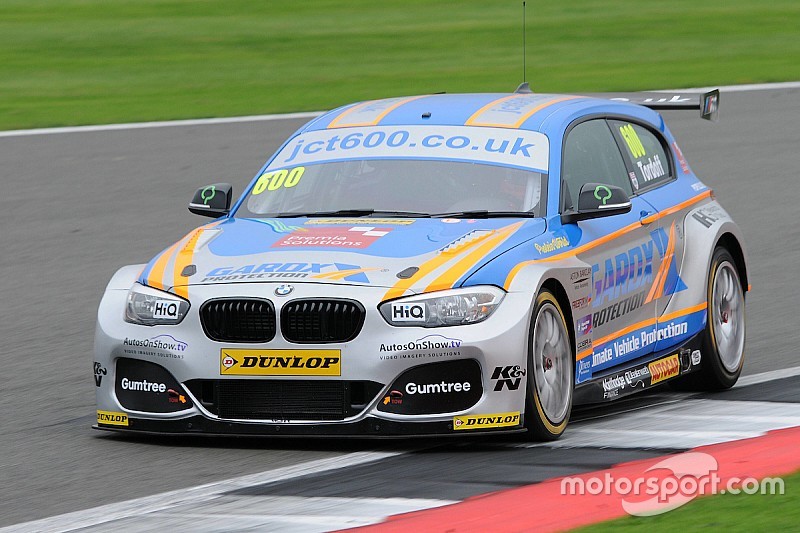 With the BTCC season finale taking place at Brands Hatch this weekend, we assess points leader Sam Tordoff's chance of clinching a maiden title and the seven other contenders who can stop him.

"I don’t feel any pressure as no-one expected me to be in the mix for the title and people probably don’t expect me to win it with an eleven point lead," said Tordoff ahead of the all-important weekend.

"The pressure is on the others to overhaul me, and I’m just looking forwards to going to Brands Hatch."

Those were the words of BTCC points leader Tordoff as he prepared to leave Silverstone little more than a week ago.

And in under a week, we’ll know whether or not the WSR driver will be able to get the job done and wrap up his maiden title.

It’s by no means a foregone conclusion as far as the 27-year-old is concerned, thanks to the fact that he is one of eight drivers who go into Finals Day with a mathematical chance of the title.

Realistically, you can probably discount Jason Plato from that list, given he sits 58 points off top spot, while both Andrew Jordan and Colin Turkington would need to overturn deficits of more than 30 points – not inconceivable, but also not likely.

That still leaves five drivers covered by 21 points, with the eventual champion more likely to come from that quintet of racers.

For Tordoff, there are two trains of thought that have emerged in the past week or so.

On the one hand, there are those who feel the fact he hasn’t been involved in the title fight before will work against him, and that the likes of Gordon Shedden and Matt Neal will make their previous experience count.

On the other, there are those quite rightly pointing out that fact that Tordoff has something that none of the others have - the extra points that they will all need to score to even move level with him at Brands Hatch.

In Tordoff’s favour is the fact that only once in the last 15 seasons has the guy leading the championship prior to the final round not gone on to win it; Plato’s nine point lead in 2007 being eroded by Fabrizio Giovanardi as the Italian lifted the title by three.

The average points scored by the championship contenders at Brands Hatch since the current scoring system was introduced also works in Tordoff’s favour, suggesting he would take the title by a slightly reduced margin.

At the same time however, in the past three seasons, a lead of 11 points arriving at Brands Hatch wouldn’t have been enough for Shedden, Turkington or Jordan – who saw their leads cut by 19, 15 and 27 respectively.

For someone who hasn’t been in the title fight before, Tordoff is certainly heading into the weekend in the right frame of mind, electing to treat the season finale like any other meeting as he seeks to get the job done.

Although Brands Hatch last year didn’t quite go to plan for the Yorkshireman, he has finished on the podium multiple times around the GP circuit and certainly has the car underneath him to push towards the sharp end of the grid – even with maximum ballast onboard.

In the last two rounds, the points leader has been forced to battle hard to maintain his advantage and there is no doubt that Tordoff would be a popular champion if he gets the job done.

Shedden, Neal and Collard in the mix

The same could be said however for the man who heads to Brands Hatch as Tordoff’s closest challenger, with Shedden seeking to become just the 10th driver in BTCC history to successfully defend his title.

Off the pace at the halfway point of the campaign, the Scot has fought back well since the summer break, with three of his four wins this season having come since racing resumed at Snetterton.

Even when he hasn’t been able to take victory, Shedden has been racking up the points and the fact he has managed to secure more bonus points than anyone else – and five more than Tordoff – could yet prove to be decisive.

Shedden will however have one eye over his shoulder, with Honda teammate Neal just two points behind in third spot as he looks to join Andy Rouse as a four-time champion.

Aside from the odd occasion when things don’t go to plan – Oulton Park anyone? – the partnership of Shedden and Neal is arguably the strongest on the grid, with the pair working well together as a team for longer than any other pairing on the grid.

How the pair work together this weekend – or don’t, as the case may be – promises to be one of the most fascinating things to watch, with both drivers desperate to secure the crown and needing to race for themselves in the quest for success.

Tordoff's West Surrey Racing BMW teammate Rob Collard sits fourth in the table going into the weekend, but his record around the Brands GP circuit isn’t as strong as his rivals.

He’ll also need to improve on his qualifying performance is he wants to stand a realistic chance of not only overhauling the Honda pair of Shedden and Neal, but also overturning the 17 point deficit he has to Tordoff.

Astonishingly, Collard has qualified inside the top 10 only once all season, and hasn’t managed better than 18th in the second half of the year.

That hasn’t stopped him from battling his way forwards on race day, as seen by the fact that he heads the Dunlop 'Forever Forward' standings, but Collard needs to up his game on Saturday to stand a realistic chance of the crown.

When the chips are down in a straight fight, Collard is someone you know will fight to the bitter end, but he needs to be starting race one from inside the ten, not back in the pack with twice as much work to do as those he is dicing for the title with.

And then there is the dark horse for the title in the shape of Mat Jackson, who sits 21 points off the lead in fifth.

Without doubt, his Motorbase Performance-run Ford Focus is a quick car, as was shown 12 months ago when he went to Finals Day and picked up 61 points from a maximum of 67.

To expect Jackson – or anyone else for that matter – to do the same this season is perhaps a step too far, but Jackson will certainly be one to watch, particularly as the gap to the leader means he doesn’t have as much to lose in going for a move on race day.

For the other three contenders – Jordan, Turkington and Plato – the championship may be a step too far given how far behind they are in the points, but the trio are sure to play an important role in how the title is decided.

All three are more than capable of challenging for victory, and it could well be the points they take off their fellow title hopefuls that proves to be key; particularly in the case of the two Subaru drivers, who have nothing to lose.

Jordan meanwhile will hope to wrap up the independents’ championship, which is now a two-horse race between the former champion and his Motorbase squadmate Jackson.

Although much of the focus will quite rightly be on the title contenders, there are plenty of other drivers who could have a major impact on what happens, with the likes of Tom Ingram, Ash Sutton, Adam Morgan and Jack Goff all more than capable of battling for victory.

The one thing for sure is that, come Sunday, there’ll be fireworks both on and off track at Brands Hatch...

MG Silverstone exclusion appeal to be heard after finale