Alain Menu returns to the BTCC

Another former champion is to join the burgeoning ranks of the 2014 Dunlop MSA British Touring Car Championship grid, as Alain Menu will contest his first full season since leaving the series as champion at the end of the 2000 campaign. The Swiss driver is a veteran of over 200 BTCC contests and has scored 86 podiums and 36 wins since his debut in 1992. 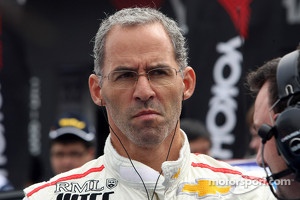 Team BMR joined the BTCC for the first time in 2013, and over the winter period has expanded from a one-car operation to four cars, acquiring the remaining three Team Hard machines following the original purchase of the first Volkswagen Passat CC mid-way through last season.

Menu will pilot one of the Team BMR VWs, which is already a podium-winning car having scored a third and second place at Thruxton and a third place at Croft in its first competitive season last year. The team has made some significant personnel changes in the off-season to bring in experienced engineers, and now its sights are set on challenging for the Independent Teams’ and Drivers’ championships.

As the only driver to have won the BTCC Drivers’ title twice during the Super Touring era (in 1997 and 2000), Menu's return adds to the wealth of former champions already expected on the 2014 grid. The BTCC veteran was last seen in the series in 2007 when he made a one-off appearance at Thruxton scoring two top six finishes. Between 2005 and 2012 Menu raced in the FIA World Touring Car Championship, coming second in that championship in 2012, and now returns to the BTCC with an up-and-coming team that scored four podiums last year.

Team BMR will also field another new driver alongside Menu for the full 2014 campaign – Irishman Aron Smith. Smith scored four podiums last season for Airwaves Racing, and took his first BTCC race win at Brands Hatch in 2012. The 24-year-old will drive the second of the team’s VW Passat CCs, while team owner Warren Scott will be switching to the Vauxhall Insignia for the start of the year.

For the first time in BTCC history, this landmark announcement was made via a video reveal on YouTube which can be viewed here.

Alain Menu said: “This is exciting. The best times of my career have been in the BTCC, and it’s going to be nice to see many people I’ve not seen for many years. I’m well aware that it will be different with a new team and new cars, but I’ve been watching the races, have spoken to a lot of people about it and the championship is really picking up at the moment. With lots of competitors, spectators and live TV, there are many reasons to be here.

“I got a call in early December – the plan all sounded good, so I came over to the UK around Christmas time to meet with Warren [Scott] and the team. Their plans and approach to the project are very appealing, we’re all highly motivated and it is our aim to be amongst the teams at the front. I am taking a realistic approach of course, it will take us some time and there are a few unknowns. With Geoff Kingston there as our engineer and Warren’s will to be the best I think we have a good opportunity to grab some strong results.

“I want to have fun too, this is a very important part of racing for me. It will be nice to race against people like Matt Neal again, and Gordon Shedden was trying to break into the BTCC just as I left so I’m looking forward to racing against him. Jason [Plato] has matured since we were team-mates too, so I’m sure we’ll get on well. Plus there is a whole generation of new talented drivers out there, so 2014 should be very exciting. I’m also looking forward to racing on the fantastic British circuits again. The tracks are great and the public are always enthusiastic. We’re going to have some test days soon, so I’ll know then what work needs to be done, but I’m sure it’ll all come back to me very quickly.”

Team owner Warren Scott said: “We’re incredibly excited about the year ahead. We’ve worked very hard getting the cars prepared this winter. For us it was key to build a team that can make front-running cars before going after drivers that can challenge for the championship. I am extremely proud to be associated with such an enthusiastic group of hardworking people that make up the newly formed Team BMR. From Tony Gilham who is coordinating, Geoff Kingston our newly appointed chief engineer, Alan Cole and Mark Turner who manage the team, through to the all important mechanics and other boys that are working tirelessly, with no effort spared into producing the foundations of what I anticipate to be a very successful team.

“Once we had everything in place we approached Alain, and he’s been fantastic from the very first meeting we had. He’s really enthusiastic and has loads of ideas for the season ahead. His experience is massive, and having him alongside already quick drivers in Aron Smith and Jack Goff is going to make the team a strong force in the pit lane. For myself as a relatively inexperienced driver it’s going to be amazing to learn from him and help push the team in the right direction.

“We are aiming to challenge at the front this year, to get podiums and hopefully race wins. Alain has the skill and experience to be a real contender, and with the work we’ve put into the cars we should be in the hunt for the Independents’ championships come the end of the year. There’s no reason why this can’t be achieved, and I hope that the set-up we’re creating now will stay with us to form a long-term programme that can go on to more success in the coming years.”

Team BMR cause major surprise with 2014 line up