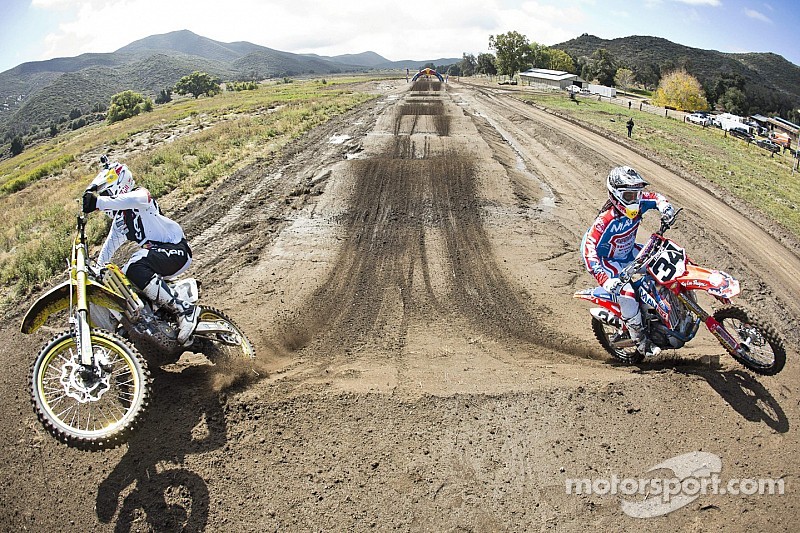 Some of the best dirt bike racers out there are going to compete in the Red Bull Straight Rhythm.

The return of Pastrana

Pastrana is coming back from a five-year hiatus, and he is ready to rock-and-roll.

“When I heard about the new head-to-head format of Red Bull Straight Rhythm, I instantly felt that tug on my heart to get into the mix,” said the 10-time X-games gold medalist.

I can safely speak for the entire group of riders, in saying how excited I am about the opportunity to compete in this man-against-man, win-or-go-home situation

Straight Rhythm will consist of a ½ mile “unwound” track with a bracket format where two riders go head-to-head in single-elimination rounds.

98-time AMA winner James Stewart is pumped about the new format as well.

“I think I can safely speak for the entire group of riders, in saying how excited I am about the opportunity to compete in this man-against-man, win-or-go-home situation,” said Stewart. “Straight Rhythm is a fresh take on the traditional format, and the fact that it’s bringing out guys like Travis (Pastrana) says it all about what a truly unique opportunity it is.”

The 32-rider field will consist of two 16-rider classes. The open class will allow Pastrana’s team to bring a 500cc bike to the race on October 4th at Auto Club Raceway in Pomona, CA. “A one-of-a-kind format demands a one-of-a-kind machine, and my team and I are bringing some seriously heavy artillery to the party in Pomona,” Pastrana added.

“With essentially only one ‘lap,’ there’s no room for error, so I’m excited to see how this track evens out the playing field,” said Frenchman Musquin.

Every rider is intrigued with the new format, and you should be too.

Tickets are available for $20 HERE.

Red Bull Straight Rhythm will air on NBC on Saturday, December 20 at 4 p.m. ET as part of the Red Bull Signature Series.