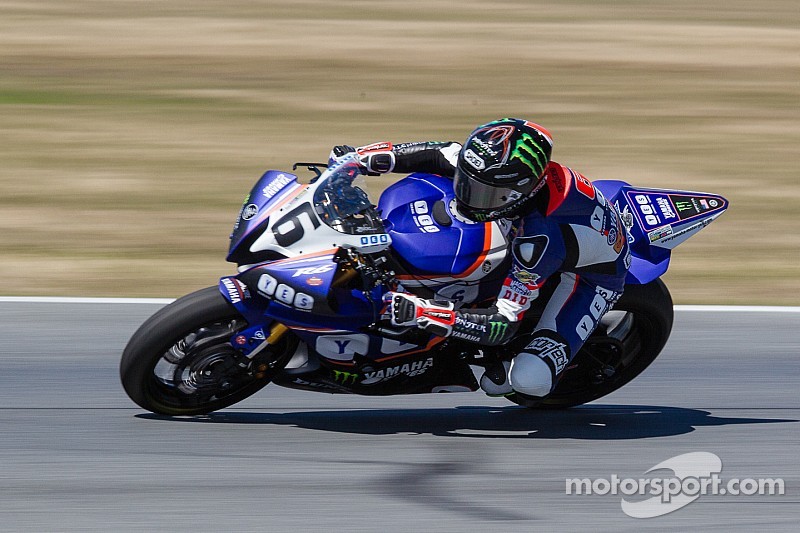 Race was cancelled due to the KRAVE sanctioning body's inability to strike a deal, so the track found a new partner.

When the Daytona International Speedway couldn’t reach an agreement in October with the new Moto America/KRAVE motorcycle racing sanctioning body for the 2015 Daytona 200 motorcycle race – KRAVE is the new organization that essentially replaced the AMA when it comes to cycle road racing – track president Joie Chitwood took it personally.

While the Daytona 200, as it had been operated since 1961 might not happen with the traditional sanction, Chitwood immediately began looking for a partner who would help the track keep the tradition going.

The Daytona 200 will be a 57-lap race on the 3.51-mile road course showcasing 600cc sportbikes battling for a purse of $175,000 with the race winner also being awarded a Rolex Cosmograph Daytona.

ASRA and the Championship Cup Series (CCS) will have a full complement of road races Thursday, March 12 through Sunday, March 15. Daytona 200 qualifying will take place on Friday, March 13 with the race going green the following day at 1 p.m.

The 200 is America’s most historic motorcycle race with the inaugural event being held on the sands of Daytona Beach before the race moved to Daytona International Speedway in 1961.

“We were not prepared to give up when we couldn’t figure out a deal with KRAVE,” Chitwood told Motorsport.com, “so we took a step back. We’ve had a really good relationship with Kevin Elliott, and he’ll be our partner. We have agreat purse plus a Rolex watch, so we’re expecting a good turnout of racers, and we want to give fans a great experience for the 74th race.”

Will any big names show up? To early to tell, Chitwood said, but “For us the key is that hopefully there won’t be much other motorcycle racing action in the county on that date,” so some of the better-known racers just might show up.

“The tradition of the Daytona 200 spans both the sands of Daytona Beach and the high banks of the Speedway and we’re excited about continuing this historic event with the American Sportbike Racing Association,” Chitwood said. “With a competitive purse and a Rolex Cosmograph Daytona at stake, riders will have plenty of incentive as they compete for a coveted Daytona victory.”

ASRA and CCS are traditionally part of the Fall Cycle Scene motorcycle schedule at Daytona International Speedway. CCS was founded in 1984 and has become the leader in sportsman level motorcycle road racing offering unrivalled competition at nationwide venues. ASRA started administering CCS in 2006.

“To say that ASRA is excited to be a part of the Daytona 200 is an understatement,” said Kevin Elliott, President of ASRA. “There is no other motorcycle event in the United States that comes close to the prestige of the Daytona 200 and we’re honored to keep the tradition alive in 2015.”

In addition to the full road racing calendar and the Daytona 200, Daytona International Speedway will continue to be the driving force behind Bike Week hosting a wide range of activities.

Carmichael track is back

On Saturday night, March 7, Daytona International Speedway will host the only Monster Energy AMA Supercross event in Florida – the prestigious Daytona Supercross. The tough and challenging course will once again be designed by Supercross legend Ricky Carmichael.

Daytona International Speedway will feature the AMA Pro Flat Track doubleheader on March 12-13 on the Daytona Flat Track, which is located outside Turns 1 and 2.

Tickets for all motorcycle racing events are available by calling 1-800-PITSHOP or online at http://www.daytonainternationalspeedway.com.