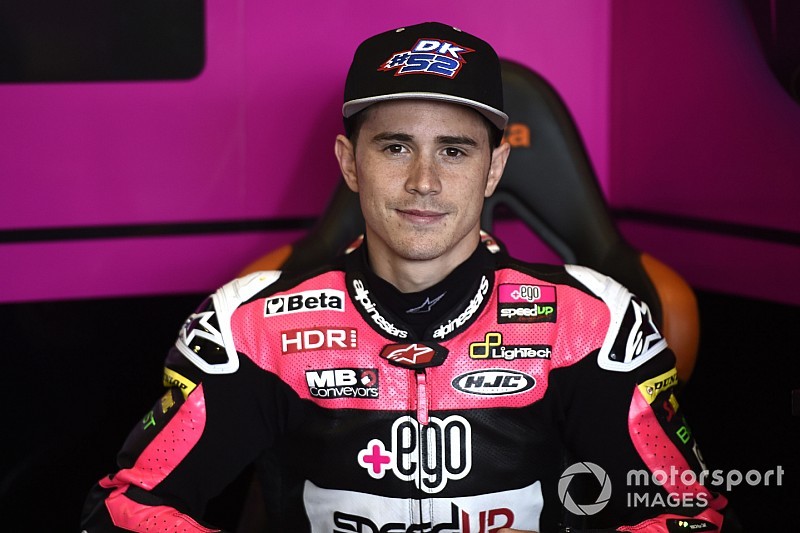 Moto3 world champion Danny Kent will race in the British Superbike Championship from the Snetterton round onwards on an ex-World Superbike spec MV Agusta.

Kent, who became Britain's first grand prix world champion in 38 years in 2015, lost his Speed Up Moto2 ride in the latter stages of the '18 season following just two points finishes from 13 races in a dismal return to the class.

He then made an appearance at the Brands Hatch BSB finale – in which he managed a points finish in the third race – with the Halsall Racing Suzuki squad as he eyed a full-time switch for '19, though to no avail.

However, he has now secured a seat with MV Agusta Paramatta, run in conjunction with Jap4performance, and will begin testing shortly before returning to race action in July.

“I want to thank everybody in the team for the opportunity,” said Kent, who will campaign the MV F4 ridden by Leon Camier in World Superbike in 2016.

“I didn't think anything would come around this year after an opportunity I thought I would have didn't happen.

“Now it's time to get strong, get some testing done and look forward to Snetterton where I've not been since 2006. I can't wait to get out on the MV Agusta F4 RC.”

Team Manager Dave Tyson added: “We have been working hard to get MV Agusta back on the grid in the Superbike class and it has now all come together.

“We know the bike is competitive and has had some great results in the World Championship up against the other factories.

“We are now working to turn the bike into BSB spec and get some testing done so we are ready for Snetterton.”

Kent will contest the final seven rounds of the current season, before mounting a full effort next year.

The team is also set to expand into road racing for '20 at the Isle of Man TT, though details on that have yet to be released.