Former MotoGP rider John Hopkins has admitted he has hit a "brick wall" with his recovery from the injury that resulted in him being sidelined for the entire 2018 season.

Hopkins last raced in British Superbike in 2017, placing 15th overall with the Moto Rapido Ducati team, but suffered a heavy crash in qualifying for that year's Brands Hatch finale that left him with broken lower vertabrae and two fractured knees.

Complications with the injured knees prevented the 36-year-old from riding in 2018, and now the former Suzuki and Kawasaki MotoGP star has revealed he has not been making the recovery progress he had been hoping for.

In a series of Instagram posts published on Tuesday evening, Hopkins wrote: "Hello everyone, I just want to start off by saying sorry for the lack of updates in regards to my physical condition, progress and future racing plans!

"The unfortunate truth is I sadly hit a brick wall around 6-7 months ago in terms of recovery and range of motion in my knees, leaving me with around 90 percent (range of motion) in my left knee and about 80 percent in my right knee, no matter how hard I've tried to push through it along with all the surgeries and various treatment plans etc.

"This is sadly one recovery wall I'm really struggling to push through and make it back to 100 percent fitness like I've done in the past throughout all my other injuries and 35+ surgeries/operations! It doesn't help that I'm not getting any younger, and all those other injuries and operations have just gone away unnoticed as well.

"No matter how bad the injury was from broken femurs, shattered pelvis, broken wrists/scaphoids and multiple severed tendons along with amputated finger on the throttle/braking hand, I've always managed to make it back to (what I thought and told myself was) 100 percent, which allowed me to get back out on track doing what I love and have done my entire life, which is racing!

"As much as I'd like to have a similar breakthrough with this injury/recovery, unfortunately this is one injury I've yet to overcome not only physically but mentally as well!

"It's probably the first time in my entire career where I've had to take an honest look into 'life after racing', which has been extremely tough considering it's all I've ever done since the age of five and professionally since the age of 15.

"I'm not saying I've thrown in the towel and retiring just yet, although the thought looms. I've still got some treatments to try along with possible further ops to have, and as much as I'd like to just throw my leg over a bike now and make it work one way or another with my current condition, I know I'd just be fooling myself and [could] just injure myself further!

"Although I have started to ride different bikes here and there and could most likely take on some sort of testing role with my current condition, racing and the training it takes to race at 100 percent is a different story."

Hopkins made his MotoGP bow in 2002 at the age of 19 with the WCM Yamaha team, and went on to start 112 grands prix in the premier class.

The American spent most of his career as a works Suzuki rider, scoring all four of his career podiums with the Japanese manufacturer in 2007 on his way to fourth in that year's standings, but was left without a ride in 2009 after Kawasaki withdrew from the championship.

He made a brief comeback in 2011 with Suzuki as an injury replacement for Alvaro Bautista at Jerez (below), and was set to make two more wildcard appearances that year in Brno and Malaysia, although he didn't end up starting either race because of injury.

By this time he had become a regular in the BSB paddock with the Crescent Suzuki outfit, narrowly losing out on that year's championship title to Tommy Hill, and he graduated to World Superbike with Suzuki the following year.

However, that season was also plagued by injury, culminating in Hopkins skipping the 2013 campaign entirely before returning to BSB in 2014 with TAS Racing Suzuki. He then joined Moto Rapido in the middle of 2015, and returned to the squad in 2017 after a single disappointing year on Yamaha machinery with former title rival Hill's team. 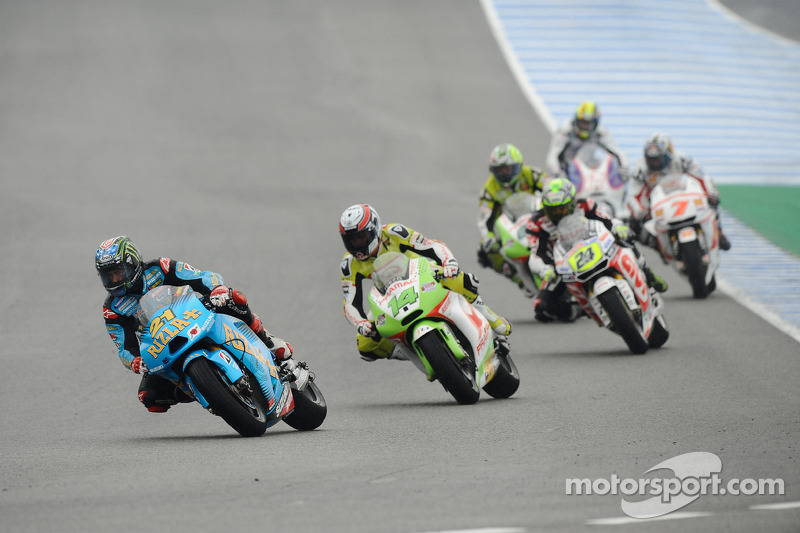 How Mikail is getting international break at 14

Should the BTCC adopt a ‘showdown’ points system?

Suzuki confirms their pull out of MotoGP