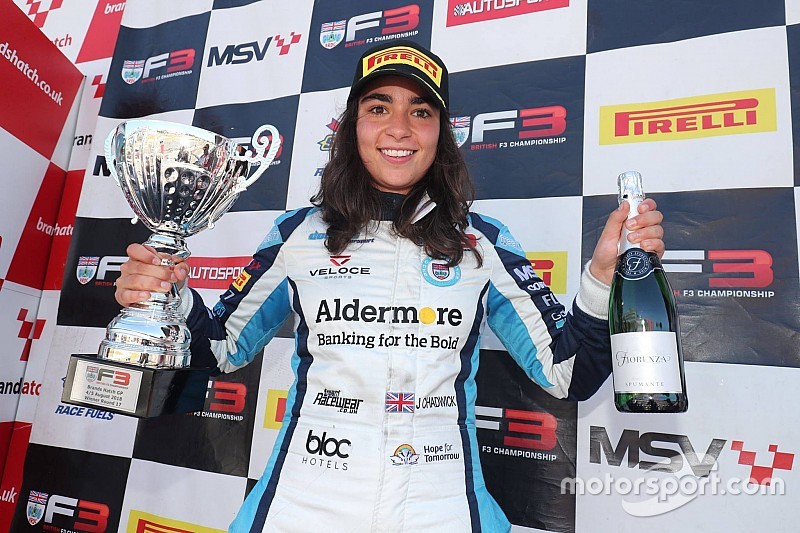 Jamie Chadwick has taken her maiden win in the BRDC British Formula 3 Championship at Brands Hatch to become the first woman to take a victory in the series.

The 20-year-old started fourth on the grid for the weekend’s full-reverse grid second race and stormed into second by the end of the opening lap.

The Douglas Motorsport driver shadowed leader Pavan Ravishankar for the remainder of the race - but the Double R driver had picked up a ten-second penalty for a jump-start.

Despite Ravishankar taking victory on the road, his penalty demoted him to 10th, promoting Chadwick to the top spot.

It wasn’t the first time Chadwick stood up on the British F3 podium this year, the 20-year-old having finished third in the season opener in Oulton Park.

“I knew that he [Ravishankar] was going to get a penalty but I was hoping it would be a drive-through so I could get my head down and I wanted to win on the road,” said Chadwick.

“This win is more about showing that it’s possible [to win as a woman]. When I’m on the money I know I can be the quickest or one of the quickest.

"Today show’s that it’s possible [to win] and nothing to do with my gender.”