Jean Todt: Safety is a right, not a privilege 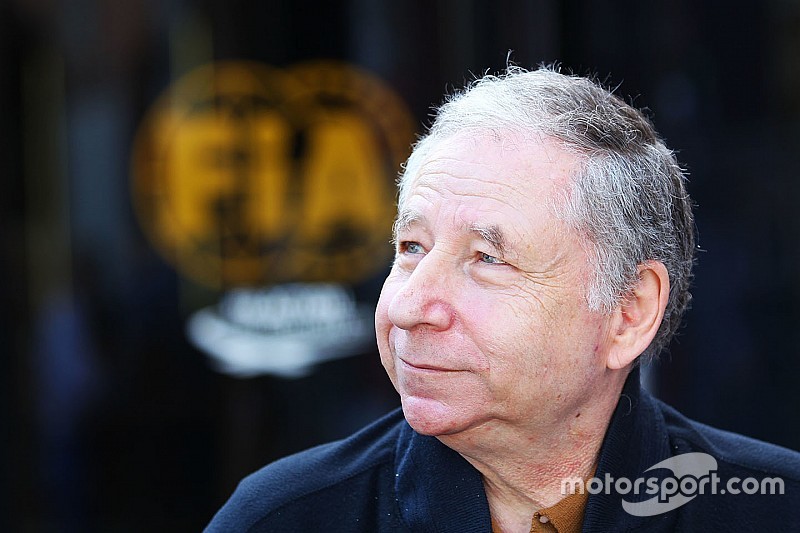 To mark the United Nations’ recent Road Safety Week, UN Special Envoy for Road Safety and FIA President Jean Todt granted Motorsport Network an exclusive interview on why the subject is so important to him.

It is a common misconception that FIA President Jean Todt is a man on a single mission. While the Frenchman has made a name for himself as a champion of global road users – both those in vehicles and those on foot – Todt’s interests are many and varied.

“My life is divided between centres of interest,” the former Ferrari boss said over lunch in the FIA motorhome in the Barcelona paddock. “Perhaps road safety is the most visible.

“I’m interested in a lot of things: the development of Formula 1, creating a new championship in Formula E, new technologies, the environment… There are a lot of areas in which I take an interest.”

As president of an FIA that has been defined by several decades of concentrated effort to improve safety standards across the world of motorsport, it is unsurprising that Todt has expanded his brief to encompass safety for all road users.

While sport is one arm of the Federation, mobility is of equal importance – and affects far more people. But ask Todt about his biggest achievements, and road safety does not take immediate pride of place.

“Safety has been important in racing for decades, and in mobility it is important for road users,” he said. “As you know, I’m involved with the medical institute ICM [Institut du Cerveau et de la Moelle épinière].

“It’s something I have put a lot of effort and my heart into to make it happen. It’s one of the best achievements I have done – starting with a piece of paper and turning it into 25,000 square metres in Paris, in the biggest hospital, with 650 research people.”

Road crashes ‘not a normal business’

While the ICM was very much Todt’s baby, the former Ferrari boss has left the running of the Institute to the experts. His efforts, he knows, are better served in other areas – areas in which he has both authority and expertise.

“What is very important for me is that people realise that road crashes are not simply a kind of ‘normal business’,” he said. “It is a pandemic. It has to be interpreted as such.

“I don’t want to make comparisons: every person around the world who dies is serious. But there is a war on the roads, and 1.3 million people will die. We have the prescription to fix this. We know what to do.

“That’s why I really feel that, as a special envoy to the UN and as president of the FIA – the biggest road users’ organisation in the world – we need to address it.

“The prescription is around education, law enforcement – which is essential – road infrastructure, the vehicles themselves,” he continued. “In a country like France, the average age of the vehicles on the road is nine years old.

“You might think it’s two or three, but it’s nine. So can you imagine in developing countries? The average vehicle is between 15 and 30 years [old].

“Another element is post-crash care. After a crash with consequences, the time between the rescue and the treatment has to be quick, like it is in racing.

“From the moment of the crash to the moment you’re in hospital, the time is important. How much time will it take? That’s another very important parameter.

“Progress could be stronger, but it’s starting now. Every journey begins with a single step.”

Part of that step involves direct lobbying of government officials to convince them of the importance of reducing road traffic deaths and injuries. The human cost is unquestionably high, with an average of 3,500 people dying on the world’s roads each day.

But equally high is the cost to society, with governments in developing countries spending more than US$100 billion every year as a result of road traffic incidents – equivalent to the international aid those same countries receive.

“Recently I was in Jamaica for a meeting,” Todt revealed. “I met with the prime minister, and after the meeting we had he said ‘I am going to commit to halving the number of road victims [in Jamaica] by 2020.’

“For me, that is a success. He committed. That made the trip worthwhile – from Geneva to London, London to New York, New York to Kingston, then Kingston to Miami and on to London. His commitment makes that trip worthwhile.

“He also said that he wanted to adopt the [United Nations] Road Safety Conventions. Not every country adopts these conventions, so one of the things that I do is I lobby governments.

Making those safety standards universal is a vital step in the fight to improve survival rates for pedestrians and drivers alike.

“We are very fortunate [to live in countries with high road safety standards],” Todt acknowledged. “London, no problem. But then if you go to Bangladesh, if you go to India, it is different.

“In a way, we are very fortunate, we are gifted. But even if you are gifted, you have people who are dear to you who suffer accidents.

“Road safety should not be a privilege, it should be a right. All around us we have people who have been victims of incidents on the road.

“We all need to be united in this fight, and the more visible you are, the more vocal you must be. And that’s where we are.

“In my life, in all my career, I have had to engage people, to convince people, to make them commit. For many years in my working life, I did that in my interest, for my job. But I think – and again it’s very personal – that you need to give something back.

“Everything I am doing now is to try and give something back. It is my passion, my energy, my motivation.”

Why the FIA is lining our roads with star names