Following a thrilling close to the FIA Formula E season in London earlier this month, all eyes are now focused forward to the start of the 2016-2017 championship, which will launch with the Formula E Hong Hong ePrix, a brand-new race event in Hong Kong on October 8-9, 2016.

Formula Racing Development Ltd. (FRD) is pleased to have been named as an “Official Racing Partner” for the Hong Hong ePrix, and will be making history with the launch of the e-Touring Car Challenge on October 8.

Set as a prelude to the FIA Formula E event in Hong Kong, the e-Touring Car Challenge is the first-ever electric touring car race not only in FIA history, but also in the world. It is also the first motorsports race in the city as Hong Kong grows its motorsports presence to a new level on the international stage.

FRD, which operates a number of motorsports programs including the Asian Formula Renault Series, Clio Cup China Series and the official racing team for Changan Ford, will provide a field of 15 Volkswagen e-Golf machines as a supporting race preceding the main Formula E event. 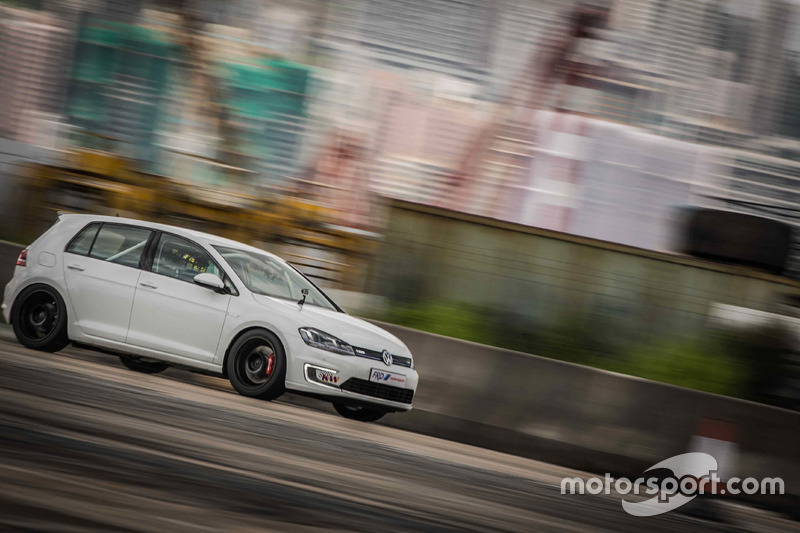 To prepare for the race event, the e-Golf machines will undergo a range of modifications by FRD to establish both performance and safety parameters. FRD will engineer a package that will include developments to the e-Golf including roll cage, suspension, brake, racing seat, 6-point harness, wheels, rims and fire extinguisher upgrades that meet racing safety standards for the race.

Additionally, the e-Golf will gain track performance via a front splitter, rear wings, and side skirts for aerodynamic efficiency. The first images and video of the design, build and testing for the new car are expected to emerge in August.

The FIA Formula E weekend program provides race fans with a rapid pace of action, and the Hong Kong event will carry that tradition forward with a busy schedule of track activities. The e-Golf machines will have two practice sessions ahead of a 15-minute qualifying and 20 minute race event, which will be sanctioned by the Hong Kong Automobile Association.

Modification of the first e-Golf for the race was completed earlier this month and the car was successfully tested on 19 July. FRD will confirm the final specifications for the e-Golf and will commence the full field build shortly to prepare for this one-make race.

The 10-turn Hong Kong ePrix circuit uses the existing roads with drivers racing past Hong Kong’s internationally recognized landmarks on the Central Harborfront. Having sold out the initial allotment of tickets, event organizers recently announced plans to grow the grandstand seating for the event three-fold as Hong Kong plays host to the first major international motorsport race in the city in over 30 years.

With a strong and growing motorsports engagement in Asia, FRD as well as the organizers of the Formula E Hong Hong ePrix hope that the event speeds the development of more motorsports events in Hong Kong in the future.

How the hybrid technology of the Porsche LMP1 race car works

Elvis’ BMW 507 lives on: Comeback at the Concours d’Elegance in Pebble Beach

2022 Civic Si teased as Honda prepares to take it racing

Ferrari Testarossa Restomod looks original but can do 201mph