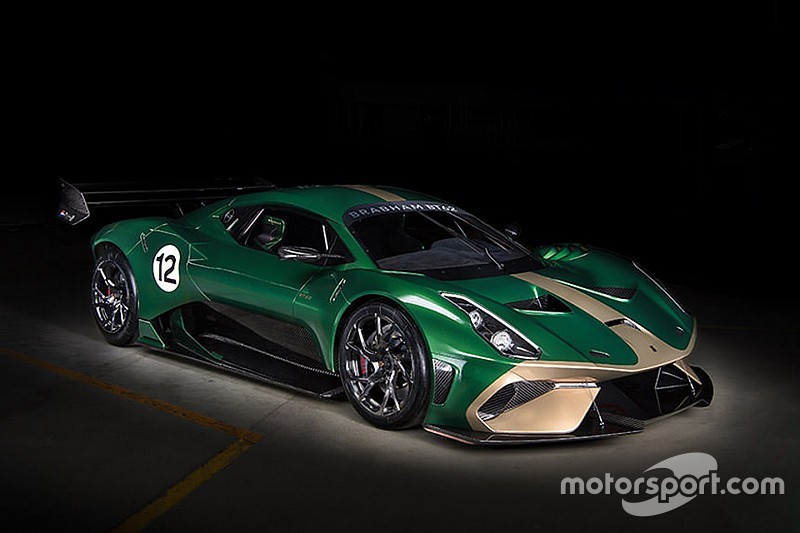 The brainchild of former grand prix driver and Le Mans winner David Brabham, the BT62 is the first project from the re-launched Brabham Automotive outfit.

The car was officially launched at Australia House in London last night, complete with a 700-horsepower V8 engine and a £1m price tag.

That power comes from a mid-mounted 5.4-litre normally-aspirated motor that can produce 667NM of torque, which is paired with a six-speed Holinger sequential transmission.

The car weighs in at just 972 kilograms, has an adjustable rear wing that can generate up to 1200 kilograms of downforce, and is fitted with slick Michelin tyres.

While impressive in terms of pure performance, it doesn't come cheap, with that £1m translating to around $1.8m in Australian currency.

That's where the car will manufactured, with the factory operating out of Adelaide and early testing having been completed at Phillip Island.

The long-term goal for the Brabham Automotive brand, however, is to compete at Le Mans.

“I set out 12 years ago to re-establish the iconic Brabham name, determined to see it return to global competition,” said Brabham.

“My father had an incredible determination to succeed and, like him, I’ve worked tirelessly through this time, drawing on my experience as a racing driver, leader and mentor, never once losing sight of that goal.

“It’s been challenging at times, but what we have achieved is simply staggering.

Only 70 of the BT62s will be made, a tip of the hat to a 70-year history of the historic Brabham name.