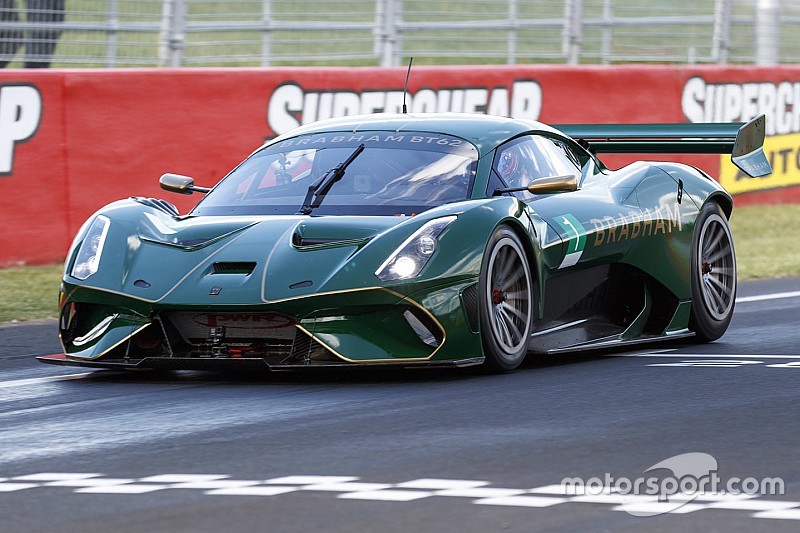 The record-breaking Brabham BT62 could make an on-track appearance at the 2019 Australian Grand Prix.

The 700-horsepower supercar is currently midway through a series of demo runs in Australia, which started with the Adelaide Motorsport Festival back in November last year.

The car then made a record-smashing appearance at Mount Panorama during the Bathurst 12 Hour, Luke Youlden setting a new benchmark for tin-top cars with a 1m58.69s effort on the Saturday.

The BT62 is also locked in to appear at the Adelaide 500, which will open the Supercars season on the first weekend in March.

Albert Park could also become a late addition to the schedule, with Brabham Automotive boss David Brabham telling Motorsport.com that he's in talks with the Australian Grand Prix Corporation about a slot on AGP weekend.

"We've got some events coming up; the Adelaide 500, and we're talking to the Australian Grand Prix office about taking the car there as well," he said.

"There are a lot of things happening this year in terms of events, showcasing the car and demonstrating it.

"It's fantastic to see all of the enthusiasm in Australia for this product, because it's being built in Australia. It's out of Adelaide, and Australia should be proud that we have a car like this that we're going to take on the world with."

"The car has been designed to have racing DNA all the way through it. You can see by the performance that it's a proper track car.

"The company has got to grow into the next phase, but we're super proud of what the car has achieved."

That next phase is set to include a proper motor racing programme, Brabham hoping to have the car competing as soon as this year ahead of a planned World Endurance Championship campaign in 2021/22.