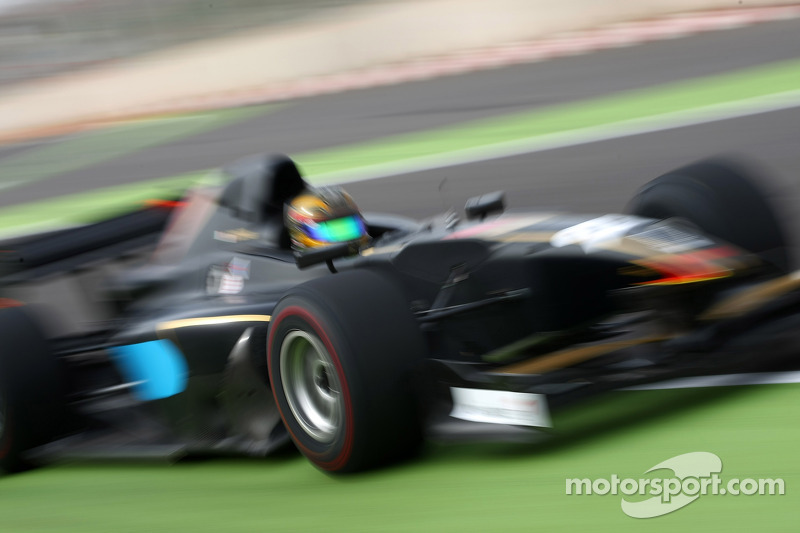 Kevin Giovesi, driving for the Eurotech team, scored his second pole position of the year in the second round of the 2014 Auto GP championship at Le Castellet. The Italian clocked the fastest lap of the day in 1’16”426 beating fellow front row starter and championship leader Kimiya Sato (Euronova) by just 17 thousands of a second.

Row 2 this afternoon will be featuring Super Nova’s Markus Pommer and Zele Racing’s Tamas Pal Kiss. After delivering two stunning comebacks at Marrakech, they are determined to star since the beginning. A great performance by Loris Spinelli (Eurotech) handed him 5th place in front of the Virtuosi UK duo of Sam Dejonghe and Andrea Roda. The top-10 was rounded out by Michela Cerruti (Super Nova), Giuseppe Cipriani (Ibiza Racing Team) and Michele La Rosa (MLR71 by Euronova).

The Q2 cutoff left out Yoshitaka Kuroda (Zele Racing) and Niccolò Schirò (Ibiza Racing Team). Despite the hard work from the Zytek technicians, the mechanical issue that plagued Schirò’s practice run stopped him again in qualifying preventing him from fighting at the front. Two drivers from the original entry-list are also absent: Ricardo Teixeira (Super Nova), who experienced a passport issue, and Richard Gonda (Virtuosi UK), whose car was seriously damaged in Morocco. Race 1 will be start at 14:05 and will be broadcasted live by Eurosport.