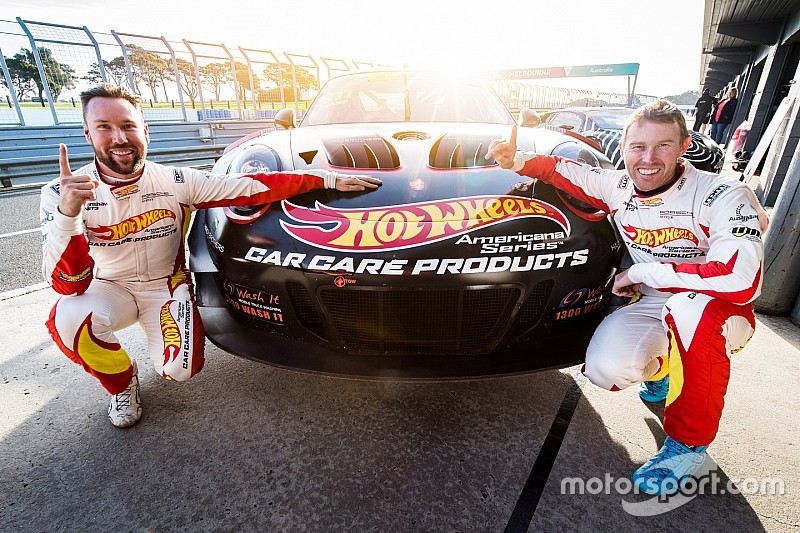 The #911 Walkinshaw Porsche GT3 R will start the Phillip Island 101 from pole position, Liam Talbot and John Martin combining to lead the way in qualifying.

"It's one of our strong points, we've got a really good thing going with our driver line-up," said Martin. "Sometimes I'm not quite there and Liam picks it up, sometimes he's jot quite there and I've done a good job.

"I only did two laps in my qualifying run, but it was a shame to miss out by 0.02s. On the upside, we've got two good sets of green tyres to run tomorrow.

"Generally this car is a better racecar than qualifying car; it can struggle to turn the tyres on, but they last when they are on. All that taken into account, I think we're looking pretty good for tomorrow."

The #100 BMW Team SRM M6 will start from the outside of the front row, Steve Richards fifth quickest in the lead driver session before Michael Almond starred in the second session to go fastest by just over a tenth.

That 0.12s gap back to Geoff Emery was crucial, leaving just enough margin for the BMW to stay ahead of the #1 Valvoline Audi after Garth Tander had been 0.06s faster than Richards first time out.

The #24 KFC Audi of Daniel Gaunt/Tony Bates was fourth quickest on combined times, Gaunt third in his session before Bates dropped back to sixth.

Peter Hackett and Jake Fouracre put the #63 Eggleston Mercedes fifth on the grid, ahead of the Total McLaren of Fraser Ross/Jaxon Evans.

Australian Endurance Championship leaders Max Twigg and Tony D'Alberto were seventh quickest, while the #3 Ah Apartments Audi was fastest in the first session in the hands of Dylan O'Keeffe, but dropped back to eighth on combined times after Ash Samadi took over the car.

The #777 The Bend Mercedes of Yasser Shahin and reigning Bathurst 1000 winner Luke Youlden was ninth quickest, despite having been crashed by Shahin in this morning's practice session.