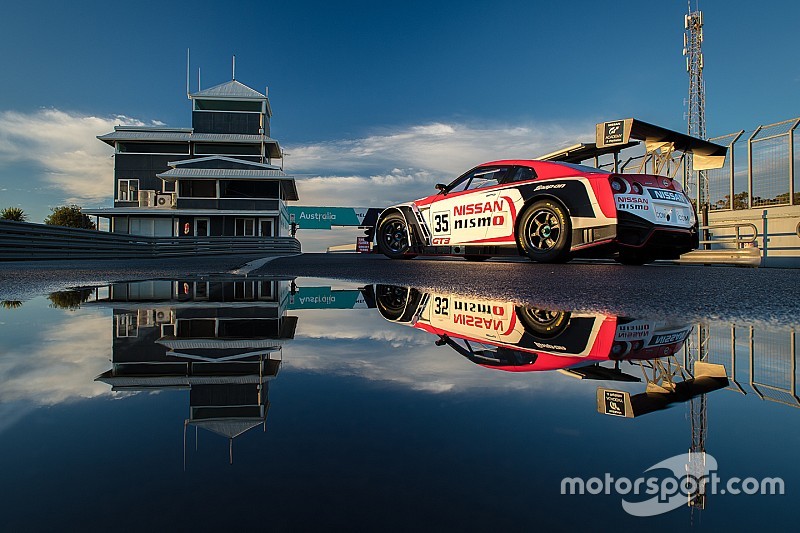 A factory-backed Nissan GT-R Nismo GT3 will compete at both of the remaining Australian GT Championship rounds in New Zealand.

The Aussie GT season will wind up with two events across the ditch, with an endurance-only round at Hampton Downs in October, and then a sprint/endurance combo event at Highlands Motorsport Park in November.

And the Nismo GT-R, famous in Australia for its exploits at the Bathurst 12 Hour (a win in 2016 and second in 2016) will be on the grid, Supercars star Michael Caruso to lead the driving alongside Nissan GT Academy winner Matt Simmons.

The #35 GT-R will be entered under the ‘Nissan GT Academy Team Kelly’ banner, and run by the Rick and Todd Kelly-owned Nissan Motorsport squad.

“Australians have seen the GT-R in action at the Bathurst 12 Hour for the past three years. It’s exciting that New Zealand motorsport fans will now have a chance to watch this spectacular car in action.

“Back in 1991 the Nissan GT-R R32 claimed a win and a third place in its two races across the Tasman, setting a high benchmark for this 2016 effort.”

The Hampton Downs event will be a first for both drivers; it will mark Caruso’s race debut aboard a GT-R GT3 car, and will be the first time that Blancpain Endurance regular Simmons will compete in an Australian series… even though it won’t actually be in Australia.

“I can’t think of a better way to cap off my first year of racing than to compete in my home GT Championship – albeit on the other side of the Tasman over in New Zealand,” said Simmons.

“Racing alongside Michael will be a buzz. A little over 12 months ago I was cheering him on in Supercars, now I’m his team-mate in a Nissan GT-R Nismo GT3.”

“I’m very excited and grateful to be getting my first opportunity to race the Nissan GT-R Nismo GT3,” added Caruso.

“I am a lifelong GT-R fan and I’ve had the chance to test the car a couple of times now. So it will be great to race it at these two New Zealand events alongside our Aussie GT Academy winner Matt, who has been racing one of these cars this year in Europe.”