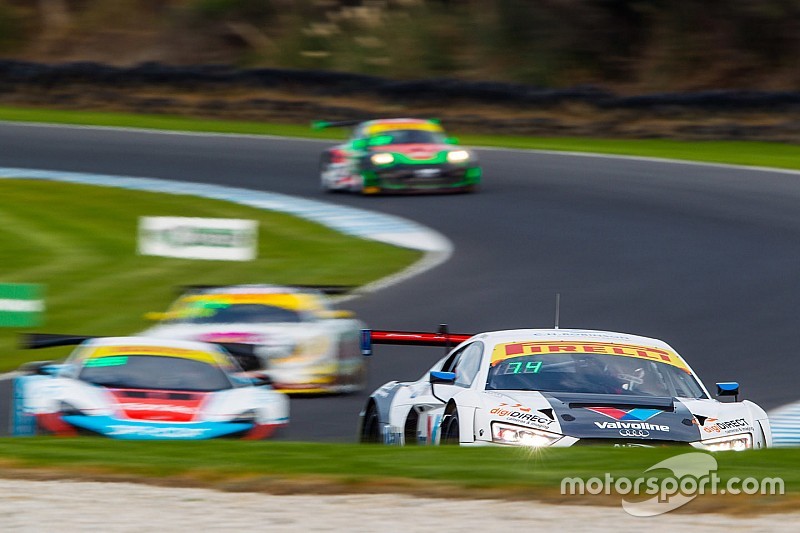 The Confederation of Australian Motor Sport has confirmed that it has blocked the sale of Australian GT to Supercars, for reasons regarding the Contract Management Agreement.

Supercars was poised to take over the running of the GT series from current category manager Tony Quinn, but the deal has been scuppered at the final hurdle – approval from Confederation of Australian Motor Sport.

However CAMS has elected to block the sale, the governing body claiming that the issue is the Category Management Agreement.

“CAMS has been made aware that Supercars and Australian GT Sportscar Pty Ltd are no longer in discussions regarding GTs,” read a statement from CAMS CEO Eugene Arocca.

“It is important to note that CAMS owns the rights to all FIA GT Categories, which includes GT Sprint, GT Endurance and the GT Trophy.

“The commercial rights to manage these categories are subject to a Category Management Agreement (CMA) currently held by Australian GT Sportscar Pty Ltd for each of these classes.

“Under the terms of the current CMAs, which run until the end of 2020, the potential transfer, sale or extension of these rights requires CAMS’ approval, given it is a CAMS asset.

“As part of the proposal, we were asked to extend the current CMA for an additional three years under a proposal which CAMS deemed commercially inferior to the current agreement. As the custodians of motor sport in Australia we need to protect the value of our assets and championships.

“Like all motor sport fans, we want to see GT Sprint, GT Endurance and the GT Trophy class prosper and we will continue to work with all those involved in the category to ensure it continues to deliver exciting and sustainable motor sport and we are firmly focused on this. Planning for 2018 is well underway.

“We believe the GT Sprint, GT Endurance and GT Trophy class have exciting potential and look forward to being a key part of its success into the future.”

Supercars CEO James Warburton said he was disappointed with the decision from CAMS.

“It is highly disappointing CAMS failed to see what I believe is the best outcome for the category and Australian motorsport,” Warburton told the official Supercars website.

“We have a great relationship with Tony Quinn and will continue to work with his team at AGT, as well as the competitor base.

“We will do everything we can to support GT Racing across 2018 and beyond, including the growth and continued success of the Bathurst 12 Hour under our management.

“I am sure Supercars will revisit with the category and Tony at some point in the future.”