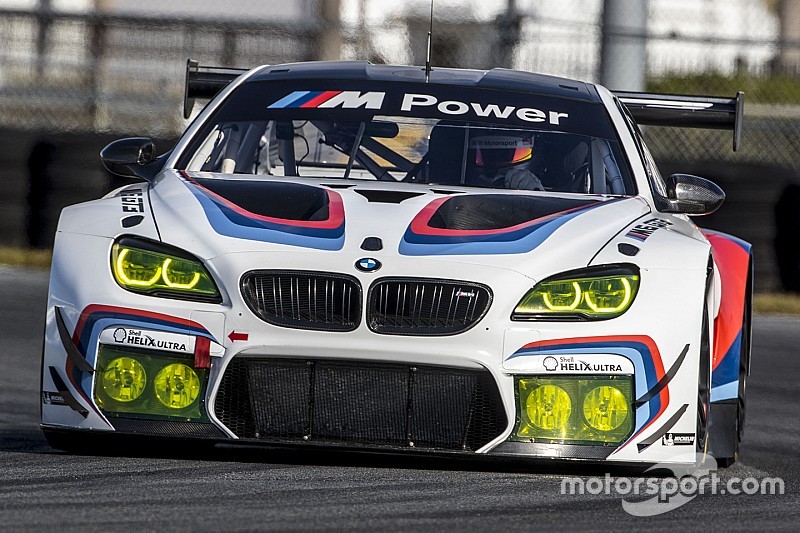 BMW will kick-start a brand new factory programme for the 2016 Australian GT Championship, which will be led by Bathurst winner Steve Richards.

The factory programme will be run by Steve Richards Motorsport, Richards himself set to steer a single factory M6 GT3 in a partial AGT assault in 2016 under the SRM Team BMW banner.

SRM will also provide on and off-track support for any customer teams wanting to fun one of the new-generation BMW racers, as well as parts and driver coaching.

The 2016 schedule for SRM Team BMW will kick off with the AGT support races at the Australian Grand Prix, and will then include all four of the endurance rounds at Phillip Island, Sydney Motorsport Park, Hampton Downs, and Highlands Park.

Two of the M6s are set to land in Australia early next year – one for the SRM entry and one that will most likely be available as a customer car – with other cars to be imported on demand.

“Vehicles such as our remarkable BMW M6 GT3 are born to race, so why wouldn’t we go racing? It makes perfect sense – it’s part of our brand’s performance heritage.”

No timeline on success

While this is the first genuine factory outfit to make a large-scale commitment to the AGT, Richards stopped short of making any bold predictions of success for 2016.

“We’re delighted to be teaming up with the iconic BMW brand, celebrated for its high-performance vehicle engineering, on-track driving dynamics and enviable motorsport heritage,” said the reigning Bathurst 1000 winner, who will continue with his Carrera Cup and V8 Supercars commitments alongside the BMW programme.

“BMW has also had a big part to play in our family’s motor racing history.

“The first season with the BMW M6 GT3 will certainly be exciting. It is a completely different concept to its predecessor, the BMW Z4 GT3. “As such, a lot will be new, so it is hard to predict how quickly we will be up among the front-runners. However, I am impressed by the support offered by BMW Motorsport in Munich and BMW Group Australia. Everyone is doing their best to make the project a success as quickly as possible.

“With SRM Team BMW we will provide other potential BMW M6 GT3 owners on and off-track support for their own racing programs and utilise our experience to help reach their full potential driving the car.”