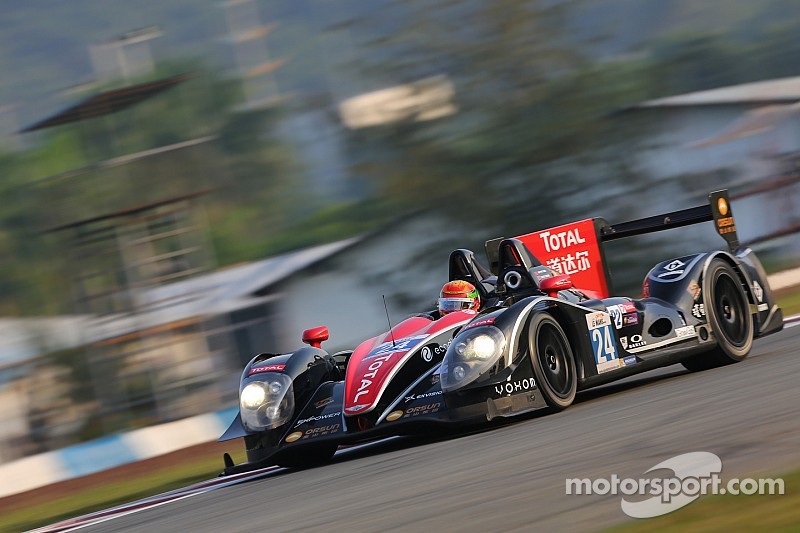 All drivers experienced a dry and hot afternoon in Inje. OAK Racing Team Total #1 started their defense of their title in LM P2 Category in grand style as David Cheng and Ho-Pin Tung managed to turn their pole position into a victory over their close rival #27 Eurasia Motorsport. However, starting from the front Cheng did not spend much time leading the Race as Eurasia Motorsport's Richard Bradley was able to pass on the first lap. Bradley drove a quick opening stint race to stretch the lead to 58 seconds. After a driver change for Eurasia  to Tacksung Kim, Cheng was able to retake the lead. OAK's Ho-pin Tung took over on Lap 60 and produced some very quick lap times, including the fastest of the day at 1:25.148 and went all the way to the checkered flag to claim 1st place.

Craft-Bamboo Racing qualified first, in the CN class, however it showed a lead can disappear in an instant as Kevin Tse was overtaken by other two GT cars during the early stages of the race. On Lap 28 the car suffered some technical issues and incurred a lengthy time in the pit garage. After Frank Yu's steady stint he handed over to Mathias Beche who drove very well and claimed a fastest lap time of 1:29:773. However, they continued to have issues with the car but managed to scrape home in 1st place for the CN class.

Team AAI #92, who started second on the grid, were also having a good weekend. The race started very tightly with all GT cars. Yu Lam drives for Team AAI #90 was leading the GT Category for the early part of the race. Takamitsu Matsu took over from Lam and was able to keep the lead for #90. However, when Marco Seefried took over the #92 car, he chased down Takamitsu to captured the lead near the end of the race also helped by their quicker pit-changes over their rivals.

With a fantastic grid of teams and cars the spirit of Le Mans racing, combined with rising Korean motorsports passion, was everywhere throughout the event, and clearly enjoyed by the 5000 spectators that attended the event. As the first race in the 2014 Asian Le Mans Series the 3 Hours of Inje showed a huge potential interest in Le Mans racing in Korea. Asian Le Mans Series would like to extend it's sincerest thanks to Inje Speedium owners and management for their excellent support for the operation and promotion of 3 Hours of Inje in Korea.