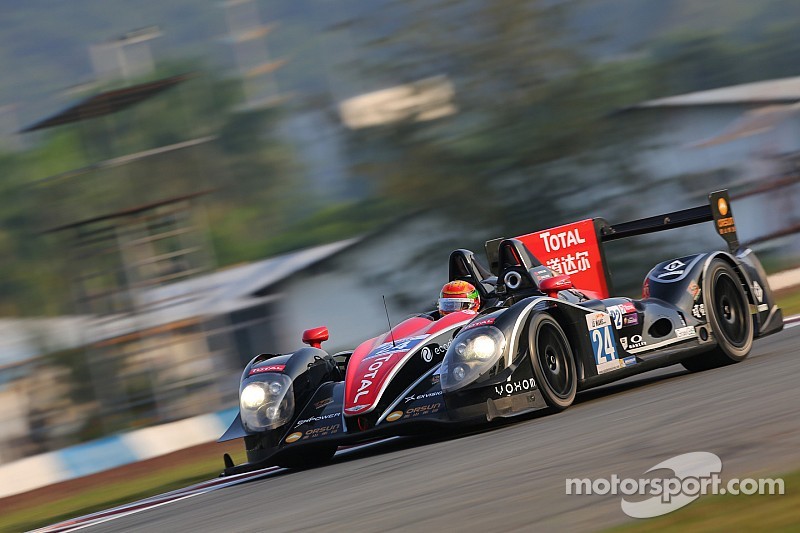 In 2013, Keiko Ihara drove for OAK Racing in four rounds of the FIA World Endurance Championship.

Keiko Ihara will be back with OAK Racing for the second round of the Asian Le Mans Series on 30-31 August: she will team up with Ho-Pin Tung and David Cheng for Fuji 3 Hours. The Chinese duo, winners of the opening round on the Inje circuit in their Morgan-Judd LM P2 on Michelin tyres, will be able to count on the support of the Japanese driver who will be very much at ease on her home circuit!

In 2013, Keiko Ihara drove for OAK Racing in four rounds of the FIA World Endurance Championship, Sao Paolo, Fuji, Shanghai and Bahrain: she shared the wheel of a Morgan-Nissan LM P2 with David Cheng among others.

I will do my best in my home race, the ALMS round at the Fuji Speedway.

In 2014 she has continued her involvement in the LM P2 sports prototype category racing in the Larbre Competition Morgan-Judd LM P2 in the Silverstone 4 Hours and the Le Mans 24 Hours, becoming the first Asian woman driver to finish this legendary event.

Thus, the French OAK Racing team is delighted to welcome her back next week to race the no. 1 Morgan-Judd LM P2 in the colours of Total, Tyre Plus and Orsun.

The Fuji Speedway laid out at the foot of Mount Fuji is a very quick circuit which measures 4.563 km, has 16 corners and a very long straight of more than 1 kilometre. Thus, it should suit the Morgan-Judd LM P2 from the Onroak Automotive workshops down to a tee.

In 2013, the OAK Racing Team Total finished second at Fuji so it is determined to win and consolidate its lead in the Asian Le Mans Series general classification.

Keiko Ihara: “I m very happy to rejoin OAK Racing. Last year I had many good results thanks to OAK Racing’s professional staff. After finishing the Le Mans 24-Hour race my target is to win the next one. I'm really looking forward to racing with my skilled OAK team-mates, David who was my team-mate last year, and Ho-Pin who was one of my rivals when he raced in the Formula BMW Championship in which I also took part. I'd like to say thank you so much to Jacques Nicolet and the OAK staff for giving me this great opportunity. I will do my best in my home race, the ALMS round at the Fuji Speedway.”

Jacques Nicolet, OAK Racing Team Total President: “The team is delighted to welcome back Keiko after having had the pleasure of working and racing together in several FIA WEC rounds last year. She’s an excellent driver and we appreciate her professionalism very much both on the track and in the paddock. She’s a fantastic ambassador for endurance in Japan and in Asia.”

Rémy Brouard, in charge of the OAK Racing Team Total programme: “Keiko knows the Fuji circuit like the back of her hand and in addition she’s very popular in Japan. These are two very important factors; they are additional plus points for the OAK Racing Team Total and also for the Asian Le Mans Series. If Keiko wins on Sunday she will become the first woman driver to triumph in LM P2! But before that we have to beat our rivals. Keiko is also very professional with dealing with the media and all our partners. At Fuji our team will welcome more than 120 guests from China and Japan.”