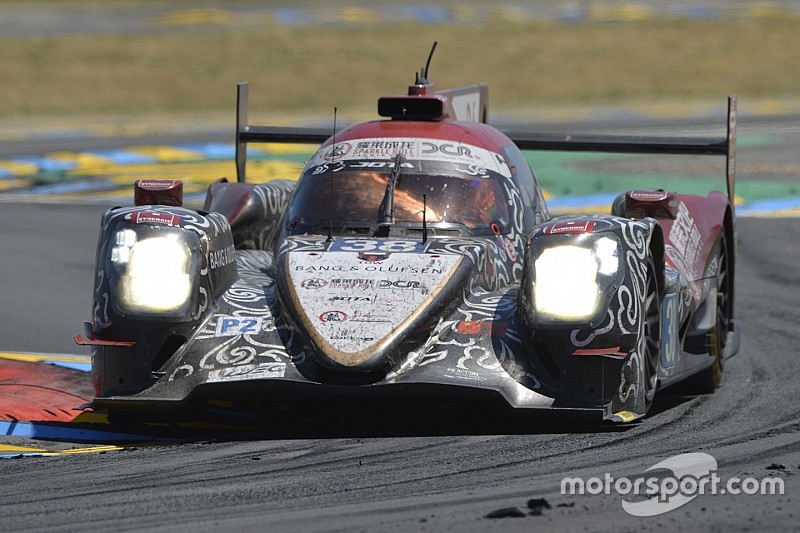 Excitement around the 2017/18 Asian Le Mans Series season continues to build with the announcement that Jackie Chan DC Racing x JOTA Sport will return with an expanded multi-class entry. The team will enter two Oreca 05s in the LMP2 class and a Ligier JSP3 in the LMP3 class.

There are now seven LMP2 cars confirmed for the coming Asian Le Mans Series season including ARC Bratislava, BBT, Algarve Pro Racing, Eurasia Motorsport and the winner of the FRD LMP3 Series which will run a Ligier JSP2. Not only it will be the strongest ever LMP2 grid in the series history ever, it is also proof of the growth and development of prototype racing in Asia.

The last season ended in dramatic fashion for the Jackie Chan DC Racing x JOTA Sport team with the Championship leading car failing to finish the final round after contact. The incident ultimately cost them the Championship. Since then it has been a whirl wind journey for the Chinese team that has been a part of the Asian Le Mans Series since 2013.

Making the step up to the FIA World Endurance Championship, the 2017 season started in the best possible way, winning the LMP2 class in the first round held at the Silverstone Circuit. Since then they have gone from strength to strength including finishing 1st and 2nd in the LMP2 Class at the 24 Hours of Le Mans race, and finishing 2nd and 3rd overall. The team also currently leads the FIA Endurance Trophy for LMP2 teams.

In a significant milestone for the Asian Le Mans Series, the team became the first LMP2 team, and the first ever Chinese team to lead the 24 Hours of Le Mans in their Oreca 07 Gibson.

Speaking in an interview earlier this year David Chang was highly complementary of the Asian Le Mans Series and the role it played in the development of his team and others in the region.
(Read the full interview here.)

“The Asian Le Mans Series really does offer (young drivers) a real platform to move forward up the racing ladder with some real opportunities to market their skills in Asia, and then beyond,” he said.

“That’s something that we, as a team, are trying to do, to build a ladder from an Asian base to become a significant, and we hope a successful force on the global scene. With so many drivers looking to race at the very biggest events they really do need to arrive there having learned everything they can about the really specialist skills of endurance racing, and the Asian Le Mans Series is a really very good place to achieve that.

“Fuel mileage, tyre management, working with the engineers alongside your team-mates, grinding out the best pit stop routines, sharing data to the best overall effect for everyone, many of those skills simply don’t apply in other areas of the sport, but they are all there in Asian Le Mans, just as they are further down the line at Le Mans!”

Asian Le Mans Series Managing Director – Cyrille Taesch Wahlen: “It is exciting to see Jackie Chan DC Racing x JOTA Sport succeeding at the highest level and we are proud of the role the Asian Le Mans Series has played in helping them reach these heights,” he said.

“We are looking forward to seeing them return to the Series later this year and working with them to grow and develop motorsport in Asia.

“It is incredibly positive to see such a competitive field of LMP2 cars, and I am glad that by entering an LMP3 car the team is also creating their own motorsport ladder that compliments ours.”