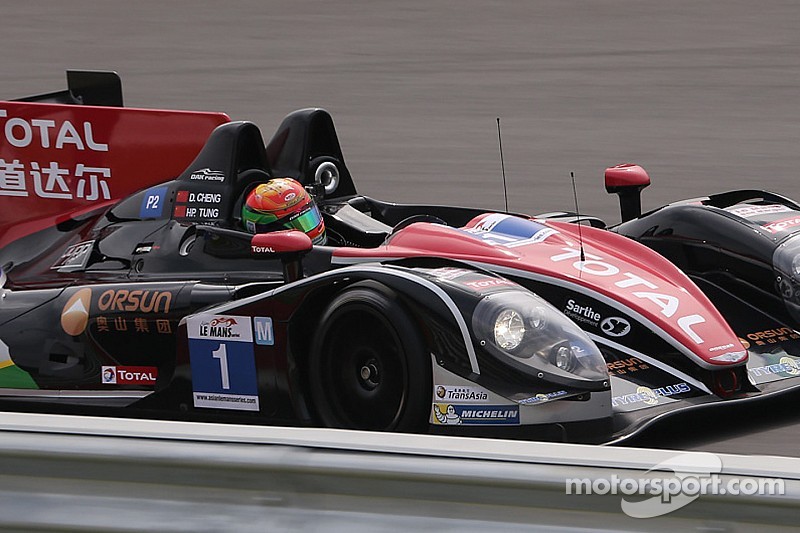 OAK Racing team on the way to defending its championship.

Ho-Pin Tung scored a dominant victory in Asian Le Mans Series first race of the season, at the Inje Speedium, Korea. With teammate David Cheng Ho-Pin Tung and the Oak Racing Team Total dominated all weekend.  In three free practises and in qualification it was Ho-Pin Tung who realised fastest lap times. By doing so in qualification he claimed the lap record of the circuit. With 1.23.889 he drove the quickest lap ever at this circuit. With pole position and the dominant victory the OAK Racing Team Total revealed their objective: defending last years championship.

´It was a super weekend,´Ho-Pin Tung commented after the podium ceremony. ´The team worked faultless and our pitstops were swift, my team mate David Cheng drove one of his stronger races, so conditions for a victory looked good. But the old saying is so true: to finish first you first have to finish. Right after start of the race David lost the lead to Richard Bradley, but after their first drivers change we took the lead.´ After 1 ½ hours Ho-Pin Tung took over the wheel of the Morgan Judd. Ho-Pin Tung than again impressed by gaining several seconds per lap on the number two car. Richard Bradley tried to avoid the inevitable by grabbing the wheel from his team mate with only half an hour to go. Ho-Pin Tung continued his dominance and when Bradley crashed his car the rostrum glored for the young Chinese.

Via Amsterdam Ho-Pin Tung flies almost directly to the USA. Already this weekend he will take place in the LMP-2 OAK Racing Morgan Judd at the famous Indianapolis Speedway for his second race in the Tudor United Sportscar Championship. Perspectives are promising, Ho-Pin scored a fine second place at Watkins Glen in his first appearance in this championship.