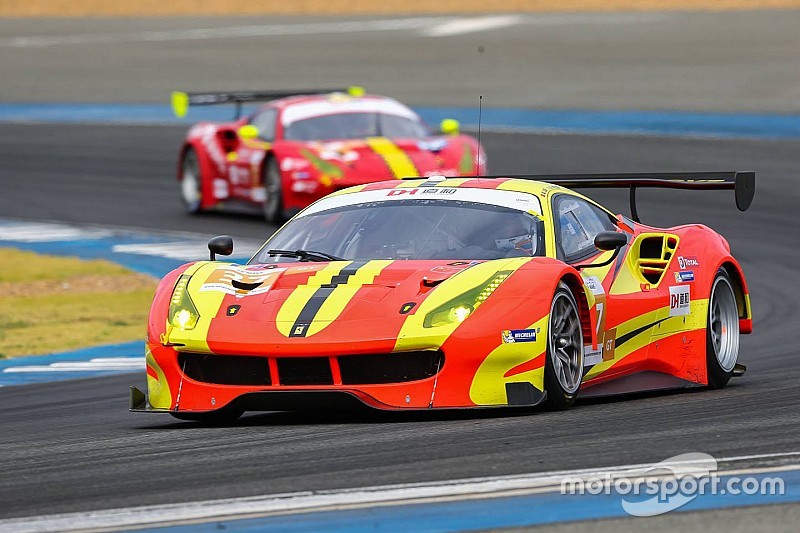 Alessandro Pier Guidi is Ferrari’s newest Factory GT driver. In 2017 he is contesting a full season of the FIA World Endurance Championship as part of the Ferrari factory-backed AF Corse team.

But he started the year on the other side of the world, contesting the 2016/17 Asian Le Mans Series with Team BBT and their Ferrari 488 GT3, sharing the car with fellow Italian Davide Rizzo and Chinese racer Anthony Liu.

So just how did the Asian racing scene compare with his more regular European haunts?

“I had raced in GT Asia on a few occasions before last season and at the Sepang 12 Hours and I have to say that at first I was really quite surprised how good the racing was in Asia.

“The level of competition was very good indeed and the Asian Le Mans Series compared very well to the standard of GT racing we get in Europe.

“That was the case from the very first practice session where I could already see that this would be a real challenge for the Professional and the gentleman drivers.

“It was a great mix of some very good Pro drivers from Europe and some really quick guys from Asia, as well as a lot of newer drivers who were finding out about sportscar racing. It made for a great mix in the paddock, and out on track.

“I know that the team want to improve their Championship position this year after we lost out last season after a problem at the first round. If my schedule allows it I’d love to come back and race in the Series again and the winter schedule helps us to fit that in.”

And how did the Asian drivers respond to the opportunity to win a chance to compete in the Le Mans 24 Hours?

“Le Mans is attractive for everyone, whether from Asia or anywhere else. That’s one of the big reasons that I believe the team will try again in the Series this year, to try to win and get the entry for the Le Mans 24 Hours. That is a huge draw.

“It’s very good to see teams from Asia coming to race with us in Europe and in the FIA WEC, that is another part of the attraction of the Asian Le Mans Series. The teams and drivers get the opportunity to test themselves against experienced teams and drivers before making a move up. It is a good way to attract some very good teams to the international scene.

“Look at Clearwater Racing, a popular and well known team in Asia who won a place at Le Mans last year through winning the Asian Le Mans Series. This year they are back with a full World Championship effort, and have two cars at Le Mans. I can see that other teams from across Asia will want to do those things too.

“It’s fantastic to see the sport opening up to Asia.”