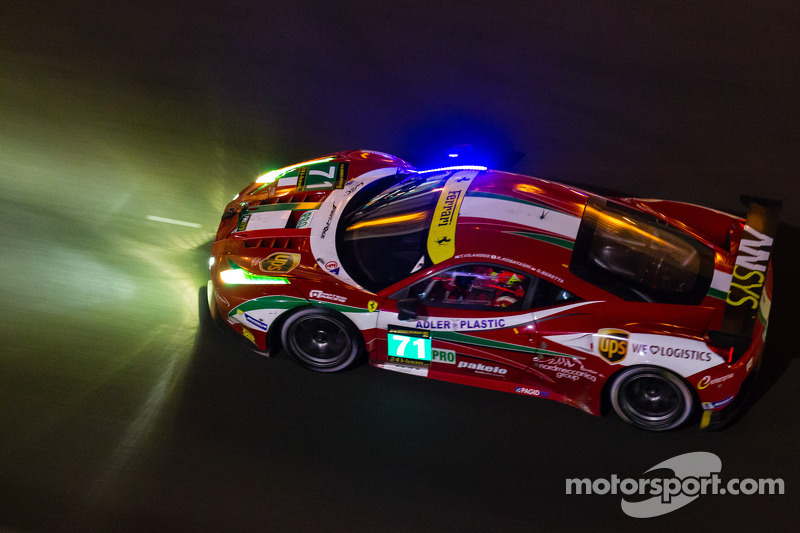 Interview with the head of Ferrari Corse Clienti's Antonello Coletta.

Ferrari has a rich history in GT endurance racing; could you please share with us a little of Ferrari’s experience in Le Mans?

Coletta The history of Scuderia Ferrari certainly comes from Le Mans. Ferrari has won this prestigious race nine times overall and we have also won in the various categories where we entered cars. These days Ferrari fights with the biggest manufacturers in the world in the GT2 category.

AF Corse Ferrari, the FIA World Endurance Championship winning team, has entered Asian LMS - What does Ferrari think of Le Mans coming to Asia? And what do you expect for your driving team of Steve Wyatt, Andrea Bertolini, and Michele Rugolo?

Coletta Yes AF Corse has entered a car in the Asian Le Mans series and it is a championship from which we expect a lot, both in terms of visibility in an emerging market and in terms of the organisation. We are confident that in the near future these markets will become more popular and we relish the opportunity to participate from the very start. It is well known that Ferrari is always at the forefront when supporting new championships, just like we were with the FIA WEC.

As for our drivers, we are sure we have a very good team. Andrea Bertolini needs no introduction as he has won numerous endurance races already in his career already. Michele Rugolo has competed for many years in most of the major endurance championships. Finally Steve Wyatt is not just a very good customer but also an excellent driver, he has competed in the Ferrari Challenge Series and our XX Programme for many years, he has also taken part in many GT3 races. Ultimately we expect a lot from these drivers, we are sure that we have all of the right credentials to win.

A lot of Asia is still in its infancy in terms of the development of a strong motorsports culture. With Ferrari’s great motorsports experience in Asia – How do you think Asian LMS can help develop motorsports in the region?

Coletta Ferrari is present in Asia with the Ferrari Challenge Trofeo Pirelli Championship, which is in excellent health. This is part of our plan to signify the importance this region has for Ferrari, in fact, in recent years we have invested heavily to introduce our products and our history. The presence of the Le Mans Series is another opportunity for all of Asia to appreciate the most beautiful sports cars in the world.

Two key rules for the series are that every car requires at least one Asian driver, as well as both amateur and professional drivers. What do you think about these stipulations?

Coletta I consider it a correct rule; in my opinion in the second year the Asian drivers should be at least two for each crew. Only in this way can we expect to grow a passion for motorsport amongst the Asian people.

What do you make of the number of new opportunities available this year, such as the racing at the brand new Inje Speedium in South Korea?

Coletta Running on new circuits is the right choice; the circuits are fascinating and are built according to the most modern specifications. We also expect the drivers to be fully behind this decision.

Ferrari has participated all the Le Mans series’ held by ACO – What will you be looking out for at Asian LMS?

Coletta As I said Ferrari has believed from the start in the recent programmes organised by ACO and therefore we also believe in this Championship. The Asian Le Mans Series will have to be handled very carefully because all competitors, given the strategic importance of the region, will want to excel more than ever, therefore strict attention to enforcing the rules will be key.

ASLMS interview of the week with Kazuhiri Tsuge