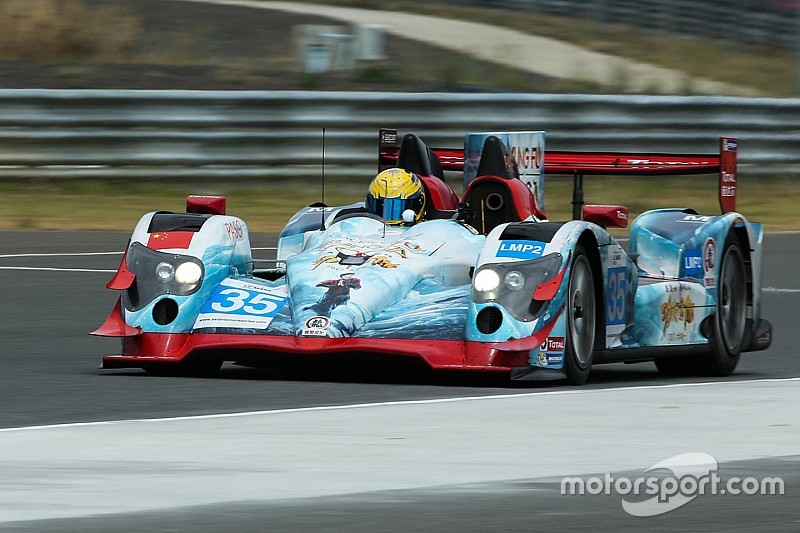 DC Racing strengthened its lead in the 2016/17 Asian Le Mans Series title race with a conclusive victory in the penultimate round of the season in Buriram, Thailand.

The #35 Oreca 03R-Nissan trio of Gustavo Menezes, Ho-Pin Tung and Thomas Laurent led the four-hour race through its entirety, winning it by a margin of 1m22.332s.

It was the second victory of the season for the Chinese squad and makes it favourite to win the title heading into the final round at Sepang later this month.

Some way behind, Andrea Roda, Matt McMurry and Andreas Pizzitola came home second in the #25 Algarve Pro Racing Ligier, despite being handed a 10-second stop/go penalty in the final hour for exceeding track limits.

The sister #24 Algarve car - consisting of Michael Munemann, Tacksung Kim and Mark Patterson - completed the podium positions, after the #8 Race Performance Oreca made a brief visit to the garage with 45 minutes remaining in the race.

The Swiss team, which won the previous round in Fuji, was running safely in third position until a suspected technical problem dropped it outside of podium contention.

ARC Bratislava dominated the LMP3 class with its pair of Ginetta prototypes, the #4 trio of Miro Konopka, Darren Burke and Mike Simpson winning from the sister #7 machine.

The #85 Triple 1 Racing’s Ligier JS P3 rounded off the podium spots, having run second during the early part of the race.

Tockwith Motorsport’s race was compromised with technical issues, leaving its #26 Ligier towards the rear of the field.

Ferrari leads the way in GT

Michele Rugolo passed Olivier Beretta in the final minute of the race, making it two wins in a row for DH Racing’s  #5 car.

The #37 Team BBT made it an all-Ferrari podium, while Tom Blomqvist finished fourth in a one-off outing with FIST Team AAI.

Second win of the season for Jackie Chan DC Racing