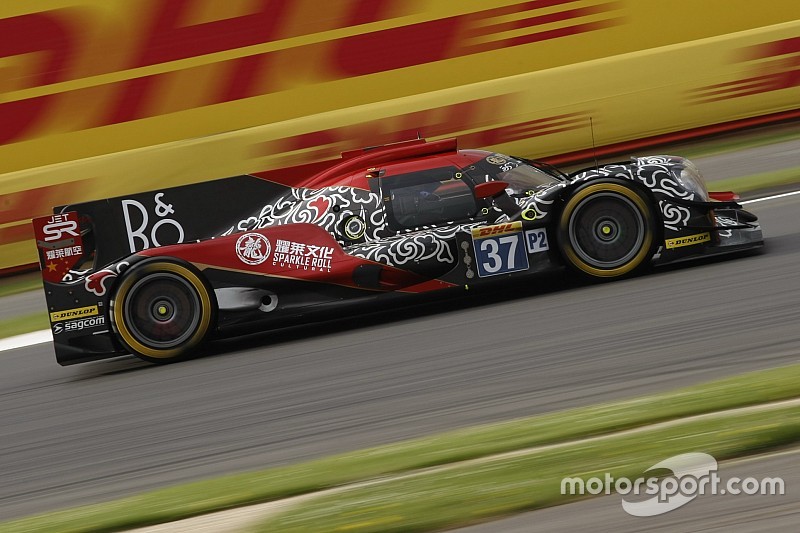 After a 2016/17 season that saw Jackie Chan DC Racing fall at the last in a push to take the Asian Le Mans Series crown, the Championship leading car suffering contact on the first lap of the final race of the season and failing to finish as a result, the team has stepped up to a full two car push for the 2017 FIA WEC - The team started in the best possible way, with one car bringing home the class win.

David Cheng though was highly complimentary over the role that the Asian Le Mans Series has had, and will continue to have, in developing the future talent for his high profile team.

In particular, he focused on the opportunity to race world class sports prototypes in Asia, offered only by the Asian Le Mans Series:

“For myself, having started racing in the American Le Mans Series, and having gotten into racing prototypes fairly early in my racing career after single seaters, the goal after that is to stay in prototypes," he said.

“The Asian Le Mans Series is, quite simply, the only place to offer that opportunity in Asia for full Championship season."

“A Prototype is quite a special animal between a single seater and a GT car, and it gives the opportunity too to build a skill set with a co-driver that not only adds pace, but can coach a developing driver not only out of competition but through a whole race meeting too, where the Pro driver has actual experience of the same car, at more or less the same time. A real team environment."

“A real downforce car like this is, in my opinion a much more enjoyable experience.”

Beyond the driving experience though Cheng was also highly complimentary about the opportunity offered by the Series for young and talented drivers to begin to climb a global career ladder.

“As for younger drivers looking for a route to a racing career, these cars, and the Asian Le Mans Series really do offer a real platform to move forward up the racing ladder with some real opportunities to market their skills in Asia, and then beyond,” he said.

“That’s something that we, as a team, are trying to do, to build a ladder from an Asian base to become a significant, and we hope a successful force on the global scene.

“A really key part of achieving that has come with some great work from the ACO in introducing the LMP3 class, now a big part of the Asian Le Mans Series. A perfect stepping stone where we have already had success in finding real talent, in Thomas Laurent, we picked him up straight from karting, allowed him to find his feet and develop his racecraft in LMP3. Now here he is in a full season of the FIA WEC."

“With junior single seater racing across Asia now developing some real heritage and pedigree we now want to repeat that process with some young talent from that avenue too, get them into our LMP3 programme and then our Asian LMP2 programme as a sensible learning curve, not just with the driving, but the rest of the package too."

“With so many drivers looking to race at the very biggest events they really do need to arrive there having learned everything they can about the really specialist skills of endurance racing, and the Asian Le Mans Series is a really very good place to achieve that.

“Fuel mileage, tyre management, working with the engineers alongside your team-mates, grinding out the best pitstop routines, sharing data to the best overall effect for everyone, many of those skills simply don’t apply in other areas of the sport, but they are all there in Asian Le Mans, just as they are further down the line at Le Mans!"

“LMP3 gives a great ‘soft landing’ for that, and a great launch pad for LMP2 and beyond."

“Thomas is a good example of what can be attempted and achieved. Effectively we used the Asian Le Mans Series to find where his weaker points might be, driving, testing, developing and feedback, and remember that the races can be very hot indeed, the physical side is very important in Asia.”

And then there were the additional opportunities offered to semi-pro of Gentlemen drivers from competing alongside top professionals:

"Teaming with drivers of the quality we have, Alex (Brundle) and Ho-Pin (Tung) helps so much to bring forward the skills, and the enjoyment of the sport. Some of that is available when you have a team-mate in another car in the same team as would be the case in a one-make, or even single-seater Series, but you know there’s something that focuses the interest when you are encouraging a driver to do better in your own car!"

“It’s the same when you are around the workshop, it’s cool to drop by and spend some time with the guys, and in training when the Pros can help you to find better limits as the trainer pushes you harder and harder, because that has been their world for their whole professional life.

It’s the difference between a constructive rivalry between team-mates in a single driver Series and a camaraderie designed to encourage better performance and success that you find in the Asian Le Mans Series. There are skills there that are so useful, not just in the sport but way, way beyond. That’s been very useful too as I’ve built up the business side of the team. they help you to improve - We’re faster, better and we’re always smiling as we do it - I love it.”