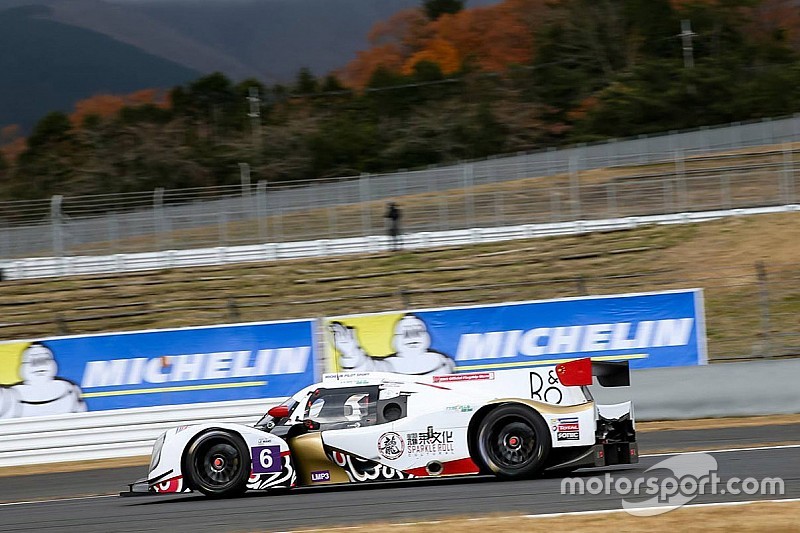 Buriram, Thailand (10 January 2018) – After winning the second round of Asian Le Mans Series competition in Fuji, Guy Cosmo and Patrick Byrne head into Round 3 in Buriram, Thailand atop the LMP3 points standings with Jackie Chan DC Racing x Jota Sport.

Strong pace and a hard-fought battle on the track combined with impeccable strategy saw the Nissan-powered No. 6 Ligier bring home the first victory for the Cosmo/Byrne combo in December.

The American duo now bring a bevy of confidence heading into the next round of competition, but know that there is a lot to learn as they take on the Chang International Circuit for the first time.

Cosmo, who will be making a two-day trek to Thailand straight from the IMSA Roar Before the 24 event, will be left with less than 24 hours before stepping behind the wheel of his Jackie Chan DC Racing x Jota Sport machine for the first on track session on Thursday.

We have another new track to learn, I have never been there before.

"It’s a lot of travel to get there in time,” said Cosmo. “I will be arriving with about 20 hours of spare time before I have to be in the car. I am really excited about it, it has been such a cool adventure so far. The Jackie Chan DC Racing x Jota Sport team is actually here in Daytona so they will all be traveling to Thailand as well.”

Cosmo is eager to take his first laps around the Chang International Circuit and has been prepping himself in between events through simulator practice as this will also mark the first 6-hour event of the season.

“We are leading the championship now after our win in Fuji,” said Cosmo. “We have another new track to learn, I have never been there before. I did a little bit of driving on the simulator, but until you get there you can’t get the true feel of the track. We obviously want to finish and have a good finish to generate the points we need to extend our lead.”

Cosmo’s teammate, Byrne is feeling confident ahead of the weekend with the cushion of the championship lead, but he is staying on his toes as he knows the competition is stiff heading into the final few rounds of Asian Le Mans Series competition.

“My mindset going into the weekend will be the same as always,” said Byrne. “We need to go as fast as possible, as soon as possible. At the same time, we understand that there will be a target on our back. Currently we have a 10-point lead, which is in no way safe from our competitors, but it keeps us in the lead. We need to keep our pace up and perform as we have in the first two races. Jota Sport, Guy (Cosmo) and myself are extremely determined to put together in a solid effort this weekend. A podium finish in Buriram will be a lot of work, but definitely within reach.”

The 6-hour event hosted at Thailand’s Chang International Circuit will begin on Saturday, January 13th at 12:00AM ET.