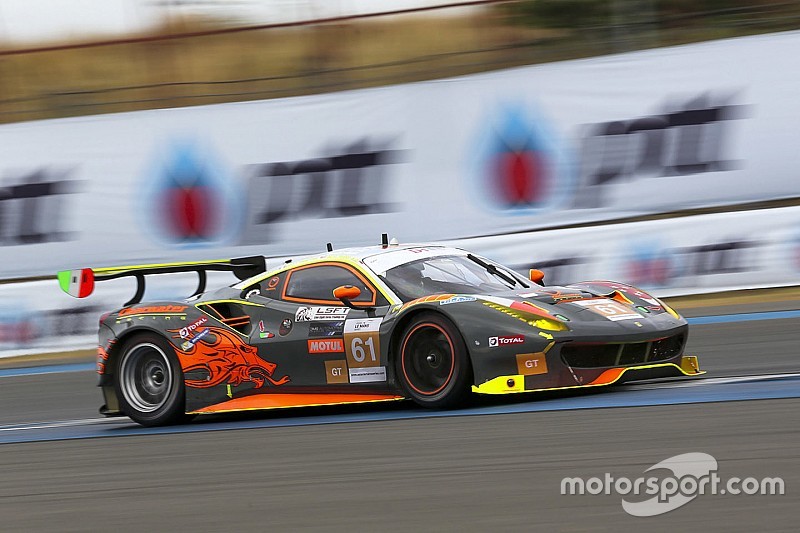 Clearwater Racing have made the decision to apply for a full season entry in the 2017 FIA World Endurance Championship season, with the same team and drivers that are currently taking part in the 2016/2017 Asian Le Mans Series.

This means that Clearwater Racing, with a Ferrari 488 LM GTE, in the same livery as the current car, with drivers Mok Weng Sun, Keita Sawa and Matt Griffin, along with their Asian crew, supported by AF Corse, will hopefully be joining the FIA World Endurance Championship, competing in the GTE Am class. Clearwater Racing have already taken part in the 24 Hours of Le Mans last year, finishing fourth in class, having won a place thanks to their GT championship title in the 2015-2016 Asian Le Mans Series. After that first taste, it looks like the team are ready to take their next step.

This goes to show that the ACO’s goal with the Asian Le Mans Series, that it would be a platform for Asian teams to get onto the endurance racing ladder, is working and giving the teams that opportunity to compete at a higher level.

Clearwater Racing would be the first Southeast Asian team to take part in the FIA WEC for a full season. Eurasia, the team behind Wineurasia that also takes part in the Asian LMS, have competed in the European Le Mans Series.

Cyrille Taesch Wahlen, Asian Le Mans Series Managing Director: “It’s great to see one of our teams taking the next step on the endurance racing ladder. It goes to show that the Asian Le Mans Series is doing what it set out to do, which is to give teams the opportunity to work their way up to competing in a World Championship. We will of course miss them in our paddock, but we wish them the best of luck with their endeavour.”

Mok Weng Sung, Clearwater Racing Team Principal: “We’ve been thinking about this for a while, but it’s a big commitment, financially as well as time wise. I’ve been waving back and forth on the idea, and then this weekend I just had a good chat with the team and said ‘Let’s go do it’. I was actually planning on retiring from racing after this season in the Asian Le Mans Series; I’ve been doing it for 11 years and I’ll be turning 50 next year, so I thought I’d wind it back. But the lure of being able to race in the premier GT championship in the World was just too much of a lure, and of course I want to go back to Le Mans, and so to have a guaranteed entry as well as the ability to race on the greatest circuits on the planet with top rated teams, I just said – Let’s go do it!”