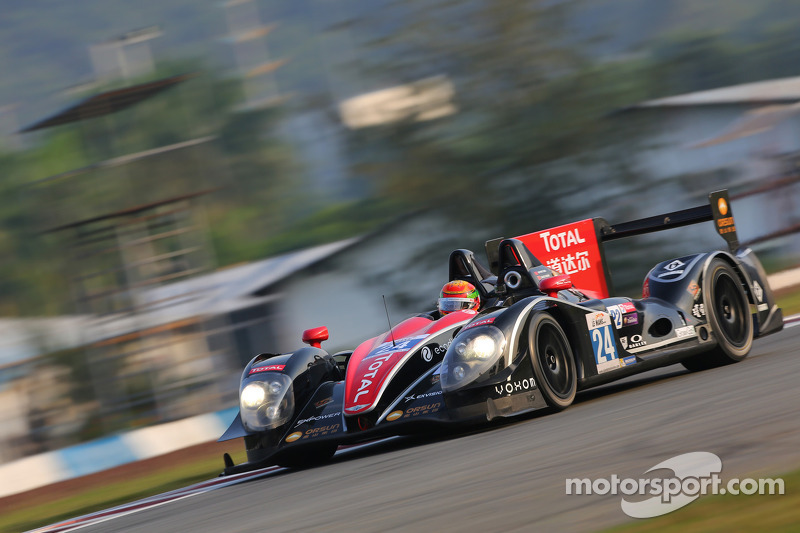 
I do not remember precisely when, but I have been watching Formula 1 broadcasts since the 80’s, when the French squad was quite successful, Alain Prost as a driver, Renault-Elf as a team. And when I started my first job after graduation at Elf Aquitaine, no need to say that I was on the right track to realize my dreams…

TOTAL has been involved in top-level motorsports races all over the world for a long time. How has your first year with the inaugural Asian Le Mans Series been?


The development of Motorsports is in the DNA of TOTAL. TOTAL, as the global lubricants sponsor for F1, WRC, WEC and DAKAR, has established strong experiences in these world leading competitions. Asian Le Mans Series, as an extension of the famous 24H Le Mans Race, is a unique championship for the Asia’s endurance motorsports, embodying the spirit and passion of Le Mans. From day one we have been willing to encourage the development of this kind of event in Asia, and in China in particular. We are also willing to link our extensive expertise in motorsports with high quality products, Fuels or Lubs, and professional service to the teams.

What do you think Asian Le Mans Series will bring to Asian motosports?


As the motorsports development in Asia, and especially in China, is at an early stage, it still needs a lot of official and/or private initiatives. OAK Racing Team Total and other teams are giving a good opportunity to the Chinese drivers to earn experience and to attend these world-leading races. Asian Le Mans Series also gives a good window to the Asian audience, as a closer and direct way to experience and build interest in such races. So the combination of the right drivers with the right car in this new Asian Le Mans championship will give Asian motorsports a good opportunity for fast development. And the new expected technical regulations for 2014 will further reinforce the public audience and interest.

We will run for the victory. In the past 3 races in South Korea, Japan and China, the No. #24 Morgan-Judd LM P2 car has set pole 3 times, which is the best proof of its excellence. In October the three Chinese drivers in the OAK Racing Team Total squad achieved a great victory in the Asian Le Mans Series on home soil! Ho-Pin Tung, David Cheng and Shaun Thong won the 3 hours of Zhuhai, the third round of the championship. It was not only a Chinese team, but as well one of the youngest, if not the youngest, team. Total Lubricants China, as the official partner for OAK racing, is proud of helping the development of such a new generation in Endurance. David Cheng for instance has driven the last 2 races of the WEC in Shanghai and Bahrein, finishing 5th and enlarging his experience. I will be on site and the first supporter of the team in Sepang Formula 1 circuit in Malaysia on 8th December 2013.

Craft Racing ready for A three-car assault in Sepang