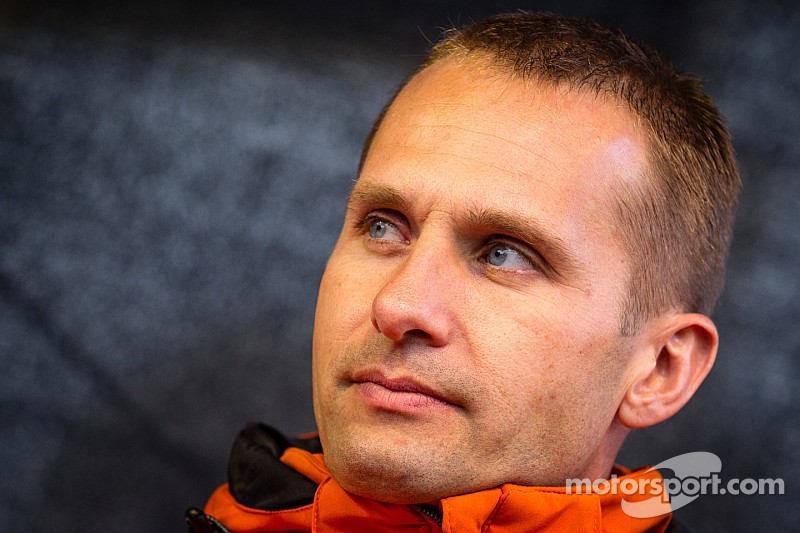 Interview with Marco Seefried, Team AAI #92 driver, who won the first place of GT class in the kick-off round of 2014 Asian LMS.

Marco Seefried also competes in TUSCC, VLN, Blancpain Endurance Series, and did the 24h Dubai, 24h Nürburgring, 24h Spa, 24h Daytona and 12h Sebring. Some of his latest success was the victory in GTD class in Sebring with Magnus Racing, the 3rd place in GTD class in Daytona with Snow Racing and the 4th place in Dubai. As a pro driver in GT categories he has experience with BMW, McLaren, Porsche, Ferrari and Audi.

Congratulations on the win for the first round of 2014 Asian LMS, what would you like to share?

Thank you for the congratulations. First I would like to say thank you to the whole AAI team, our success was really a team effort. For me it was great to secure the win this time as I already competed in Asian LMS last season with AAI and now me and the team are in a good rhythm of our work together. Beside that it was great to compete the first time with the BMW Z4 GT3 which is a really nice racing car to drive.

What makes Asian LMS so unique & appealing when compared to other motorsports?

I'm a pro driver in endurance categories, I really specialised in these type of racing and I appreciate it a lot. So the Asian Le Mans Series is really a series I like. That has many reasons. For me it is interesting to get to know other international drivers and teams, their way of racing and the mix of all the Le Mans categories. Of course I enjoy to travel and get to know new racing tracks in Asia too. And for the team it is very interesting to score the entry for 24h Le Mans.

In my opinion the Asian motorsport world is developing a lot. So the Asian Le Mans Series is the perfect series that an Asian driver can achieve. It is very professional and I think with the European influence of some teams it is also a good platform to have an exchange of Asian and European motorsport. Perhaps some Asian drivers can recommend themselves for some racing in Europe via the Asian Le Mans series.

With Team AAI, what do you hope to achieve from the upcoming 2014 Asian LMS?

I hope to secure the good result of the beginning of the season for the rest of the season. As racing driver you always want to be at the top in the end. So that has to be our aim. But our competitors don't sleep, so we have to try to get the best out of the car and work as a team.