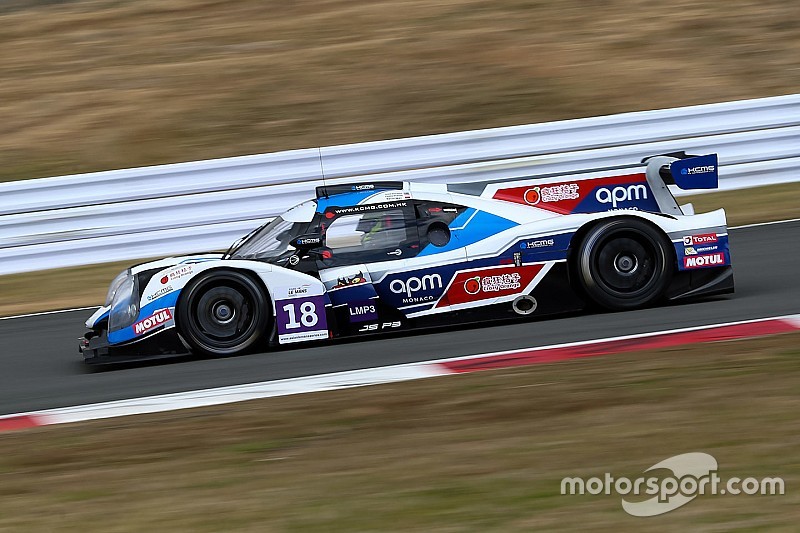 As another step in the development of the ACO LMP3 worldwide racing pyramid, the event will see the Asian Le Mans Series full season entrants and the Sepang International entrants compete together in the final round of the 2017/18 Asian Le Mans Series, the 4 Hours of Sepang.

On offer will be a prize pool of $45,000USD – to be used towards entries in the 2018/19 Asian Le Mans Series, and it will be open to all teams that have competed in ACO sanctioned LMP3 events in 2017 such as the FRD LMP3 Series in China and the Gulf 12 Hour.

Two years after the launch of the latest ACO Le Mans Prototype category, the LMP3 Class has become a remarkable international success. The growth of the entry-level prototype class in 2017 has seen ACO sanctioned events being held in 11 countries around the world, including China, the Middle East, and South-East Asia.

With a full carbon chassis, a cost cap (€206,000), and very strong on-track performance and competitiveness, the LMP3 class has established itself as the perfect springboard for Prototype racing. With five chassis manufacturers now appointed, and with a still a growing interest for LMP3 racing in Asia, the ACO has decided to hold its first LMP3 Asia Festival.

In addition to the race there will be activities throughout the weekend to celebrate the LMP3 platform, creating a comprehensive LMP3 Festival the details of which will be announced shortly.

Pierre FILLON, ACO President: “Launched by the ACO in 2015, the LMP3 is a pure-bred racing machine that has become one of the fastest growing classes in world motorsport. It offers both teams and drivers with an excellent entry point to prototype racing.

“The Asian Festival is the perfect opportunity to gather all teams racing LMP3 cars from China to the Middle East within the context of the last round of the Asian Le Mans Series”.

Cyrille TAESCH WAHLEN, Asian Le Mans Series Managing Director: “The LMP3 platform is one that is becoming an important part of the Asian motorsport landscape. It is not just interest from team and drivers that is growing in Asia, through our media partnerships we are seeing growing Asian audiences, particularly in China. This is an opportunity for us to bring together these audiences, teams and drivers from throughout Asia to race together.

“I am very happy that our 1st LMP3 Asia Festival will take place in Sepang, the hub for motorsport in South East Asia, and very much look forward to this first LMP3 celebration”.

“It certainly solidifies Sepang Circuit as the Motorsport hub for South East Asia, and we are committed to work together with the Asian Le Mans Series to develop fan activities and engagement to celebrate this inaugural festival.

“Sepang International Circuit is also supporting local Malaysian drivers to participate in this inaugural LMP3 Asia Festival event as the first step towards our aspiration to enter into the 24 hours Le Mans in the near future.”

$45,000USD prize pool will be distributed as follows:

Points: All LMP3 cars will be awarded points towards the 2017/2018 Asian Le Mans Series LMP3 Championship.