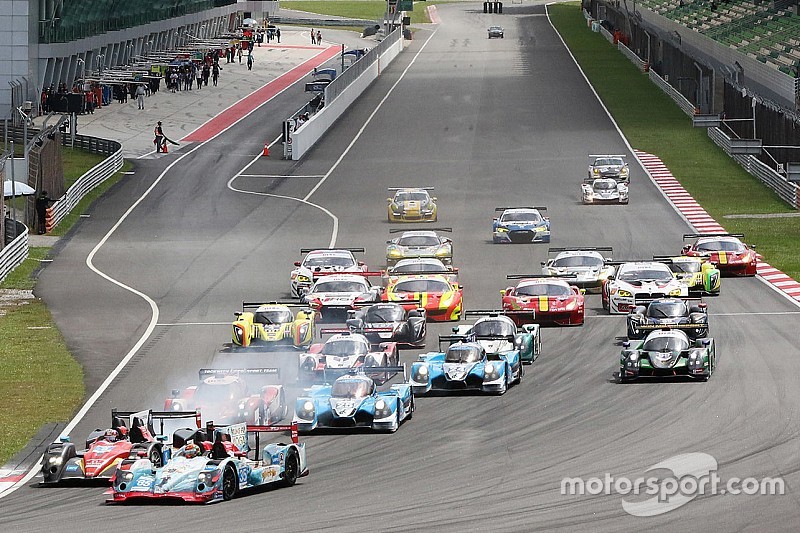 The first round of the 2017/18 Asian Le Mans Series kicks off this week at the Zhuhai International Circuit. The Asian Le Mans Series, the premier endurance racing series in Asia will feature world class teams and drivers, and is set to be broadcast to a record breaking global audience.

This will be the second time the Series has visited the Zhuhai International Circuit since the ACO took over management. Holding it’s inaugural international race 1996, the circuit became China’s first permanent motor race track. The 4.319km track is now home to many motorsport teams including Audi Sport Customer Racing Asia by TSRT that will be racing in the Asian Le Mans Series this weekend.

The Asian Le Mans Series grid will see a mix of cars which is synonymous with the Le Mans brand of racing with both prototypes and GT cars sharing the track for the 4-hour race.

The field this year will be a truly international one, featuring teams and drivers from 19 different countries. For the opening round, there will be 11 drivers from China.

Please find the full entry list for Zhuhai round here

The world class pedigree of the field for this season is clearly demonstrated by Jackie Chan DC Racing x JOTA Sport. The team will be back this year with a three-car effort, with team co-owner David Cheng chasing his fourth Asian Le Mans Series title. With two entries in LMP2 they will be hoping to go one better in the Championship after finishing second last season. They have brought with them a strong line up of LMP2 Class winners from both Le Mans and the World Endurance Championship.

The team claimed 1st and 2nd in the LMP2 class, and finished an impressive second and third outright in the highly prestigious 24 Hours of Le Mans earlier this year and are currently leading their class in the World Endurance Championship.

Leading the way for the team will be the Chinese pairing of  and Ho-Pin Tung that race for the team in the World Endurance Championship. Their sister LMP2 entry will also be one to watch. Thomas Laurent who is currently leading the LMP2 class in WEC with the team, and who has recently been selected by the Toyota LMP1 for their young driver test later in the year, will be joined by Stéphane Richelmi and rookie Harrison Newey. Richelmi was the World Endurance Championship LMP2 Champion and winner of the LMP2 class in the 24 Hours of Le Mans last year.

Returning after a stellar performance last year that saw them not only claim the LMP2 Championship, but also take out 3rd in the Championship, is Algarve Pro Racing. The 2016/17 Team of the Year will return this year in an effort to defend their title. They bring with them strong history with the Series that also saw them finish 2nd in the 2015/16 season. As a result of winning the Championship last year, the team received an invitation to race in this year’s 24 Hours of Le Mans.

LMP3 Championship runner up, ARC Bratislava will make the step up to fight for outright honours this year in the LMP2 Class. They are another Asian Le Mans Series team that competed at the 24 Hours of Le Mans this year.

After finishing third in the GT class last season, BBT will this make the big step up to the LMP2 class. They will have a solid driver line up helping their cause with Pipo Derani joining the team. Derani raced with the Ford Chip Ganassi Team at the 24 Hours of Le Mans, finishing second. Last year he won both the 24 Hours of Daytona and Sebring 12 Hours.

Eurasia Motorsport return this season with a two-car team in LMP2. In their #33 entry will be female Japanese racer, Keiko Ihara who is previous Asian Le Mans Series round winner in 2014 with Oak Racing.

Reining Asian Le Mans Sprint Cup Champions, WIN Motorsport will compete in the LMP3 class, with William Lok again leading the way. He will again be joined by the 2015 LMP2 winner in the 24 Hours of Le Mans, Richard They will be joined by their main protagonists in the 2017 Asian Le Mans Sprint Cup, Championship runner up TKS in the next round to be held in Japan. TKS won the GT Cup class in the previous season.

In addition to dominating this year’s Sprint Cup, WIN Motorsport also picked up a top ten finish in the Race to Le Mans support races. The team is hoping to progress further up the ACO endurance racing ladder with ambitions to race in the 24 Hours of Le Mans in the coming years.

They will have fierce competition for LMP3 honours, and the 24 Hours of Le Mans entry with Jackie Chan DC Racing x JOTA, and KCMG also returning to the Series. Niza Viper Racing are also back with Douglas Khoo and Dominic Ang to challenge for LMP3 victory in LMP3.

FIST Team AAI have a strong line up in GT, racing both a Mercedes and a BMW this year. Behind the wheel of their BWM will be one of Australia’s top Supercar racers, Chaz Mostert. Joining Chaz will be Junsen Chen, a long-time supporter of the Asian Le Mans Series. He also raced, and finished the 24 Hours of Le Mans in 2016.

After winning the GT Cup class in this year’s Sprint Cup, Team NZ will be hoping to do the same again in the main Series.

The field is expected to see strong growth in both the LMP and GT fields from second round the Series in Fuji onwards.