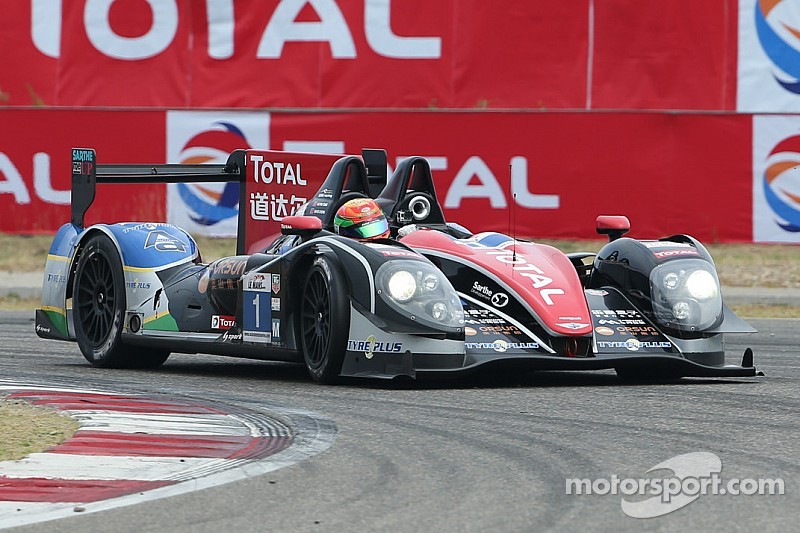 Ho-Ping Tung drove their #1 Morgan Judd to victory in another battle with Eurasia.

On an action-filled day OAK Racing Team Total made it 3 from 3 in the LM P2 class when David Cheng and Ho-Ping Tung drove their #1 Morgan Judd to victory in another battle with Eurasia. Cheng started aggressively and opened up a big gap between them and Eurasia’s #27 LM P2 ORECA Nissan during the opening stint.

After the driver change to Pu Jun Jin, Eurasia were able to close the gap to 1 lap. However, after OAK’s Ho-Pin Tung took over at the 1 hour 30 mins, and produced some very steady lap times to bring his team home to the checkered flag in 1st place.

In the CN class, Craft-Bamboo Racing who had qualified first, held on well through Samson Chan who managed to lead in the 1st stint. Guglielmo Belotti from Team Avelon Formula's #21 Wolf GB08 car kept the differences very close and managed to take the lead at a driver change for Craft to Kevin Tse.

However Tse also took the lead back after Avelon's driver change to Denis Lian. Craft's advantage disappeared in an instant when Tse lost control of his car on Lap 54, but luckily it had no serious damage and was able to make it back to the pits in one piece for a driver change to Naoki Yokomizo but this gave Avelon’s Lian the opportunity to retake the lead. The race turned again when Avelon suffered an electrical problem, which opened the door to allow Craft to scrape home in 1st place in the CN class.

In the GT category Clearwater Racing’s # 33 Ferrari 458 GT3, who started last on the grid turned their luck around during the race to claim P1. The race started very tightly with all GT cars changing places. Takeshi Tsuchiya led his #90 MERCEDES-BENZ SLS AMG GT3 to the lead in the first stint and handed to Yu Lam. However when #33 Matt Griffin who took over from Mok Weng Sun he chased down Yu, to take the lead on lap 41 after which the result was never in doubt and Clearwater romped home to 1st place.