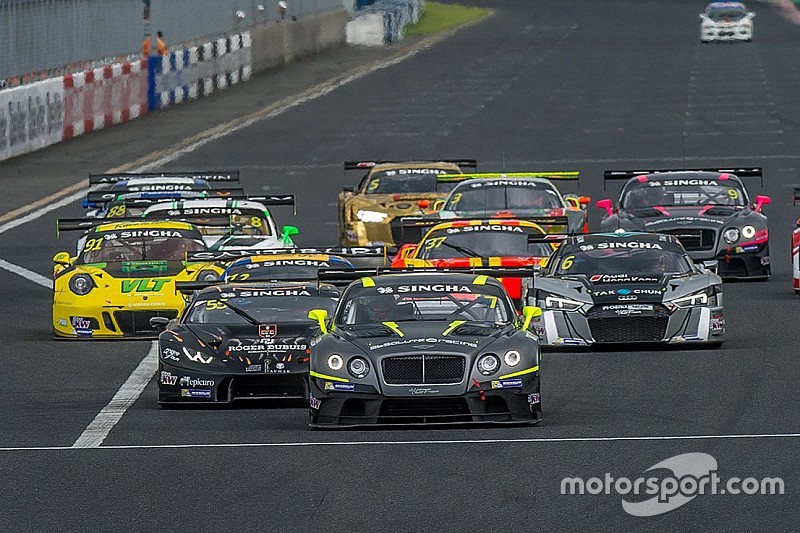 The GT Asia Series arrives at the iconic Fuji International Speedway this week to begin the second leg of the 2016 season, a season which has already proved to be the closest on record, with four different winners, in three different marques across the six rounds already completed.

This will be the sixth season in succession the region’s leading GT category has hit Fuji, with every one of those six seasons conducted on the same weekend of the year, a time of year which can provide all manner of weather conditions, and usually does..

Leading the charge at the mid-point of the season is the very same team that was leading up to Fuji in 2015, the BBT Ferrari of Anthony Liu and David Rizzo. 12-months ago they were forced to miss the second Japanese event due to external commitments, effectively ending their championship challenge for the second season in a row and they’re looking to make amends and consolidate their championship position heading to China.

Historically, Ferrari has been the most successful marque at Fuji, with the Italian manufacturer claiming a victory in every one of the past five seasons, with four of those five wins going to three-time GT Asia Series champion Mok Weng Sun. He’ll be back this weekend with his illustrious side-kick ‘Rocket’ Richie Wee, and whilst they will be quick, they’ll have their work cut out to battle amongst the points leaders.

As a two-time winner in season 2016, Phoenix Racing Asia’s Marchy Lee is right in the title race this year, and he’s won at Fuji in the past - twice - taking Audi to it’s only victories at Fuji, standing on the top step alongside Jeffrey Lee in 2013, then again the following year alongside Audi factory star Christopher Mies. Perhaps ominously, his 2013 result was leading home an Audi 1-2, the driver of the second car, his 2016 team-mate Alex Yoong who was sharing a car with GT Asia Series partner Francis Hideki Onda (Tunewear).

The two Audi’s will be quick, but the Audi team will be hoping for rain to make great use of their immense downforce and gain an advantage over their rivals, many of whom are faster in a straight line. Bentley too could be hoping for rain, but they showed in 2015, that they had the momentum to win at Fuji - even in dry conditions - claiming their second win in Asia at the hands of Adderly Fong and Keita Sawa (who claimed his second win at Fuji in the process).

Like Audi, Porsche also have two wins to their name at Fuji in GT Asia, and both Craft-Bamboo Racing and GruppeM Racing will be hoping that history repeats itself this weekend as the two Porsche teams continue their development of the new 2016 Porsche GT3-R.

Craft-Bamboo Racing fired up for Fuji