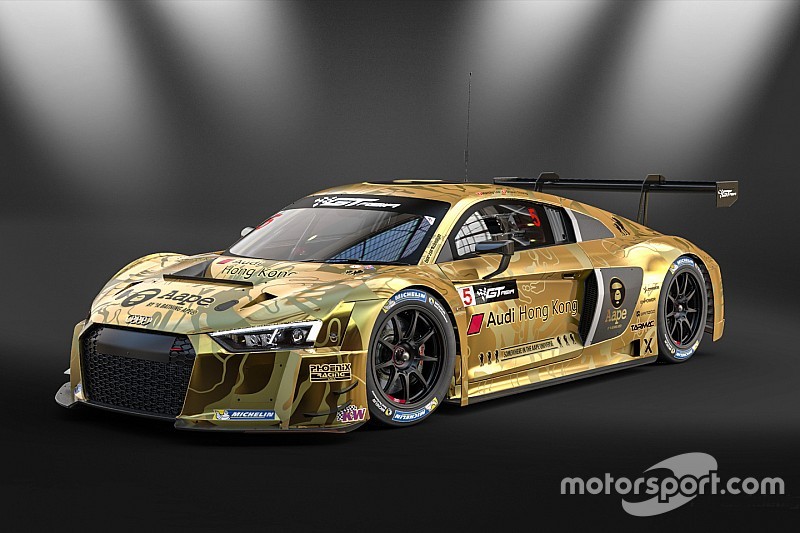 The German Audi squad’s expansion to the GT Asia series will see a two-car Audi R8 LMS GT3 programme, with Marchy Lee and Shaun Tong in one car, and Yoong and Alex Au in the other.

Yoong, who was Mark Webber’s team-mate at Minardi in 2002, and Lee are both former champions of the Audi R8 LMS Cup series, while Au also comes from the one-make series.

Thong, meanwhile, returns to Asia after being a front-runner in the Audi TT Cup in Europe last season.

While Yoong has the most high-profile CV of the foursome, Phoenix boss Ernst Moser says team leader Lee will be crucial the group’s success.

“The exceptional experiences in Asian motorsport that Marchy Lee lends to this new project combined with the expertise that we bring from Europe form a very good basis to drive Phoenix Racing Asia forward,” he said.

“It’s fantastic to see teams like Phoenix Racing – who are a very experienced operation – look to GT Asia as a way to expand on their European programmes,” he said.

“Last season saw a big increase in attention from factory teams and drivers wanting to be a part of our series, but for me what’s more interesting in this instance is Phoenix Racing’s investment in Asian drivers, drivers they believe can bring their team a championship, and that’s a real boost for the region.

“I think we’ll see more of this in the coming years as the European factory teams see the benefit of appealing to the Asian market by competing with Asian drivers.

“That presents a real win-win for everyone, so my hat is off to Phoenix Racing and Marchy Lee for taking the initiative.”

More incentive for teams in GT Asia Series in 2016