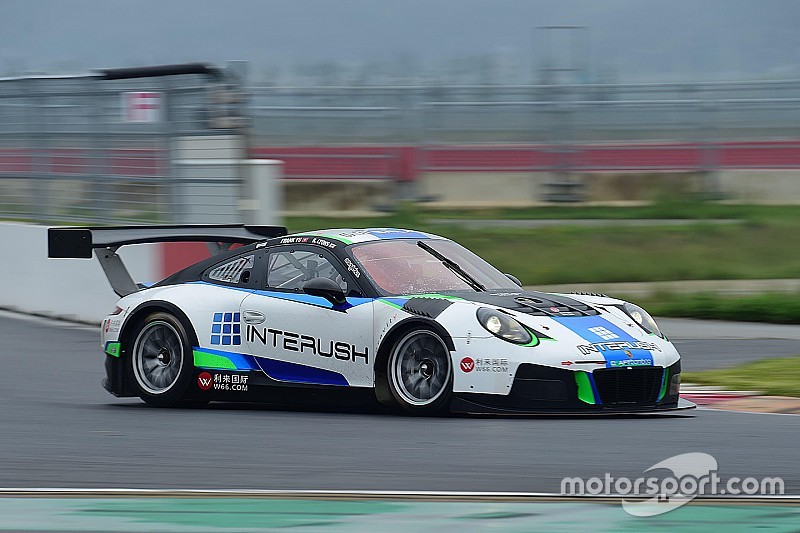 The team will be running two brand new Porsche 911 GT3 Rs that have been undergoing rigorous testing at the Korea International Circuit earlier this week.

Craft-Bamboo Racing is ready to kick off their 2016 GT Asia series championship title defence in South Korea this weekend. The team will be running two brand new Porsche 911 GT3 Rs that have been undergoing rigorous testing at the Korea International Circuit earlier this week. The first entry is title sponsored by Interush, who have been a constant force behind the team in various campaigns and will once again run the number #88.

The team’s second entry, number #91, is title sponsored by VLT and will display their iconic livery for the second year running. The two Porsches will be driven by an expert line-up of four international drivers and are up against an ever evolving GT Asia Series competition, but both cars have their sights firmly set on the podium.

The #88 Interush Porsche will be driven by Richard Lyons and Frank Yu who completed their first full GT Asia season together in 2015. With two podiums and multiple pole positions throughout the season, the pair had the pace and experience but often found themselves victim to contact. They return with a renewed sense of vigour and determination to take their #88 Porsche straight to the top of the standings. The pair were able to claim a podium at the Korean circuit last year and both drivers have considerable experience here, which makes them formidable opponents to compete against for the opening round.

The #91 entry will see 2015 GT Asia drivers’ champion, Darryl O’Young, team up with Thai rising star, Naiyanobh Bhirombhakdi. Bhirombhakdi is stepping up into GT cars after impressing in various touring car series in his home country of Thailand. While Bhirombhakdi is new to GT cars, O’Young has been lending a championship winning hand and teaching the Thai driver everything he can before the action starts on Friday.

O’Young has had great success with Porsche in the past and he was able to take the win in the second race in Korea last season, which makes the 2015 drivers’ champion and his teammate surely one of the top contenders for the podium. With the official practice sessions on Friday still left to fine tune their performance, O’Young and Bhirombhakdi are confident that they will be a competitive force to be reckoned with when the lights go out for the first time on Saturday.