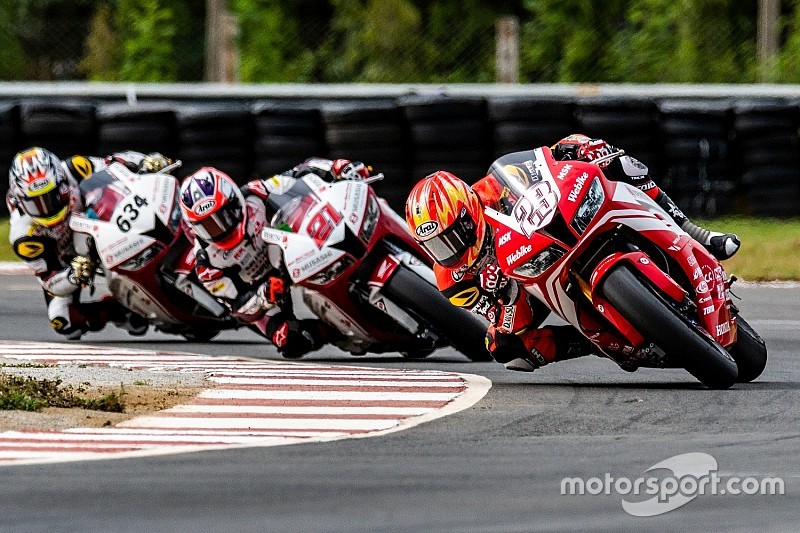 Asia Road Racing Championship has cited the addition of a new 1000cc class for excluding India from the series’ 2019 calendar.

ARRC announced its 2019 calendar on Wednesday afternoon, with India absent from the schedule and replaced by Korea.

It marked the end of ARRC’s three-year term in India; the Buddh International Circuit first hosted a round in 2016 on series’ return, before Chenani’s Madras Madras Motor Race Track took over last year and stayed on for 2018.

When contacted by Motorsport.com India, the organisers explained that despite resurfacing and an overhaul of facilities, the MMRT is still not suitable enough to handle the demands posed by 1000cc race bikes.

ARRC also gave the same reason for not including Indonesia on the schedule.

Amid growing popularity, ARRC is introducing a new 1000cc class next year that will sit on top of the existing Supersport 600cc, Asia Production 250cc and Underbone 150cc categories.

The bikes in the 1000cc will essentially be the same as the one used in World Supersport Championship (WSBK), the world’s fastest series for production-based bikes.

ARRC's decision could mean that Formula 4 South East series and FIM Asia Cup of Road Racing will be the only two international series to visit India next year, with doubts still remaining on Asia Pacific Rally Championship's future in the country.