Honda Racing India’s Rajiv Sethu survived a mid-race contact at the Zhuhai Circuit in China to continue his points-scoring streak in the Asia Road Racing Championship.

Sethu shed 1.115s from his practice benchmark to qualify 14th on the grid for the first ever ARRC race at the 4.3km circuit Chinese circuit, putting himself in a prime position to add to his points tally.

The Indian rider got off well from the line at the start, gaining three positions to run on the cusp of top 10. He then successfully avoided a crash between Anggi Setiawan and Tatchakorn Buasri on lap 6, but in this process was hit by Japanese rider Aiki Iyoshi, who pushed him off the track.

Losing track of the group hit him hard as he could no longer take advantage of the slipstream, but Sethu did well to hold ground and cross the finishing line in 15th position.

The result marked his eighth points finish in ninth races, having only missed out on a top-15 result once all season in Australia.

“Today, I was more confident in morning qualifier and it reflected in my time too,” Sethu said after the race.

“While the race started great, I could maintain myself with top bunch till the 6th lap only where the bike contact pushed me off-track and I lost time. Tomorrow, my target is to stay in the bunch and fight in top 10.” 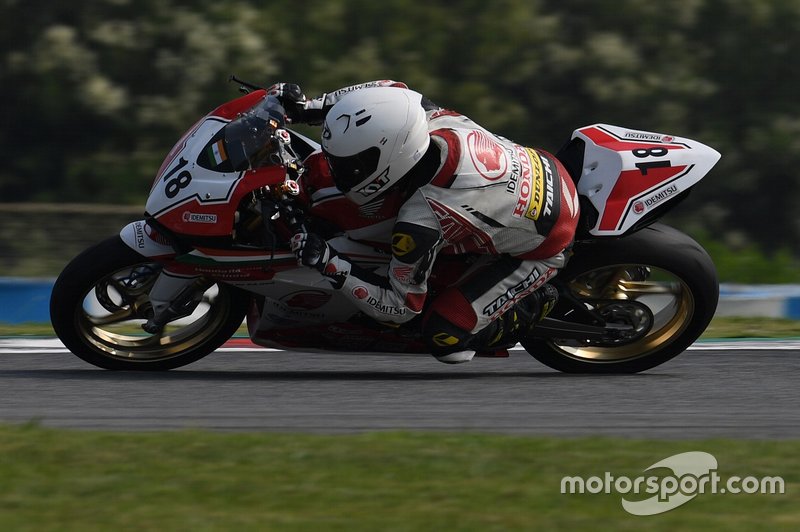 Meanwhile, ARRC Senthil Kumar qualified 19th in the same Asia Production 250cc category, marking an improvement to some of his previous qualifying results.

He was also able to overtake two riders off the line when the race began, but a gear-shift error later on the opening lap dropped him all the way down to 24th.

From there he slowly charted his recovery, eventually finishing the race outside the points in 20th position.

“Today, I had climbed to 17th and could have finished in the top 15 but it was one gearing mistake which proved costly for me,” Senthil ruled.

“My difference with top rider has shot down from 4 seconds to 2 seconds. But what’s more important is [that] I have bettered my riding today and will return a wiser rider tomorrow. A Top 15 is not only possible, but my aim.”

“In Race 1, Rajiv showed his efforts and capability, his lap time gap reduced. If not for the touch in lap 6, Rajiv was riding 12th with high chances of breaking into the Top 10.

“But now he has to challenge himself to stick with the top bunch and make gains. Senthil too has improved in this round and has achieved his initial target of top 20.”

The fifth round of ARRC continues on Sunday, with another AP250 category race scheduled in the afternoon.