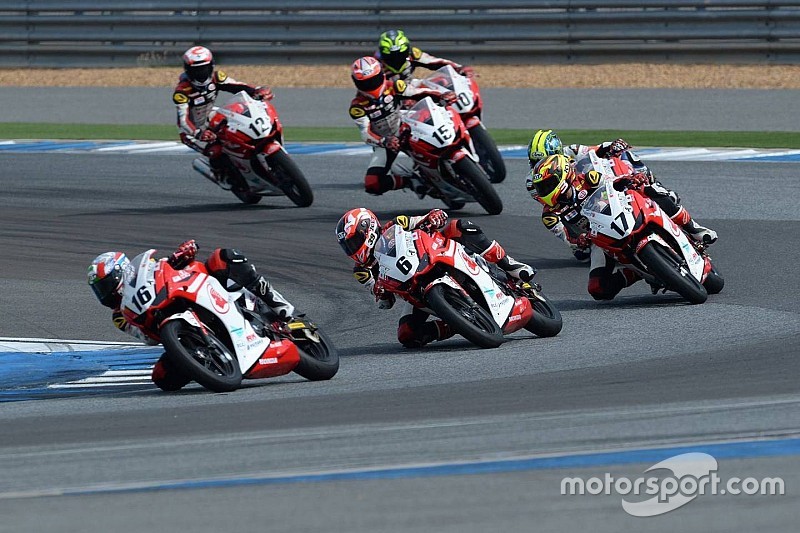 Hiroki Nakamura won the final race in the Asia Dream Cup in another close fight with top eight riders separated by a mere 0.677s.

At the end of eight laps, after several lead changes the 2016 category winner Nakamura fended off charge from the other podium finishers Hafiz Nor Azman and Yassin Gabriel Somma.

In the Indian contingent, Sethu had a better run to finish 13th and ahead of his fellow countryman Krishnan, with the former involved in a five-way battle for ninth.

At the end of the season, Krishnan is classified 11th with 75 points having scored in all the races barring the one DNF, while Sethu finished 16th scoring 36 points.

After a strong Race 1 on Saturday, Kumar's run in the last race of Suzuki Asian Challenge was over after only four laps.

The Indian rider was forced to retire as Mario Bordon Jr. won a close race from Rizal Feriyadi, the duo separated by just 0.072s as Shinmousuke Sato completed the podium.

With Jefri Tosema clinching the the title by just four points from Muhammed Sapril, with Kumar finishing 10th, scoring 65 points.