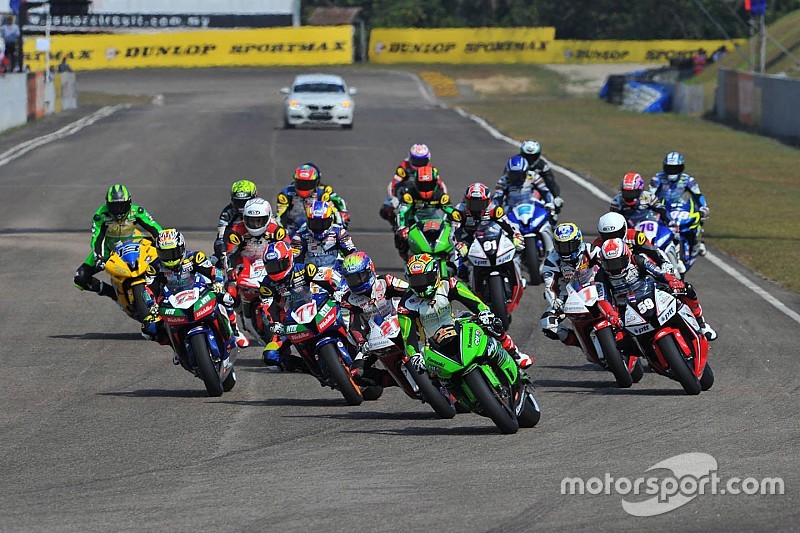 The organisers of Asia Road Racing Championship is hoping that India remain a permanent fixture on the calendar, as the country makes its return in the 2016 season hosting the fifth round.

ARRC first came to India in 2009 with a round at Chennai's Madras Motor Race Track and continued to run until 2011, skipping in 2012 before returning in 2013.

India missed hosting in 2014 and 2015, but is returning to the calendar this year at the Buddh International Circuit on September 30 - October 2.

"It would be great if India could become a permanent fixture in the ARRC calendar," said ARRC's spokesperson to Motorsport.com.

"A lot hinges on the reception for the upcoming round. We hope that a great show of support from the media and the public would trigger more good news to come for the future."

The Madras Motor Sports Club has been the instigator in bringing the ARRC round in India. "The MMSC has always been at the forefront of bringing events to India," said Vicky Chandhok to Motorsport.com.

"It’s indeed a privilege and certainly a pleasure to have TWMR as the promoter led by Ron Hogg back to the Indian shores for a round of the ARRC .

"Sam Hogg (Ron’s father) as well as Ron and the MMSC have a relationship from the past two decades and have constantly worked to promote two-wheel motorsport," the Indian added.

Running at BIC the priority

Chandhok revealed MMSC had the option of staging the round at MMRT, but chose to run at BIC, thereby making an international racing return at the circuit, since Formula 1's departure in 2013.

"We had the options of running either at the MMRT or at the BIC. The MMSC believes that the footprint of the sport should be national and with that belief decided to run the round at BIC at a substantial additional cost to that if run at the MMRT.

"Another primary reason is that the BIC has not played host to large international events after F1 and it is an important responsibility for the MMSC and me personally to keep the circuit active," the Indian added.

When asked if the issues of bureaucracy faced during F1 would hamper the race, Chandhok said: "The challenges were enormous. The Ministry gives us temporary import permission for the 114 motorcycles.

"But more often than not the customs insist upon a bond/bank guarantee to clear the goods which itself is expensive and we need to find & lock up that much money," he explained.

"The Ministry clearance is subject to 'no tickets to be sold' which really kills any opportunity to make the event self sustaining since we give away free passes to all our guests and do not sell any tickets.

He continued: "18 containers with bikes & spares arrive into the Delhi ICD after being transhipped at NavaShivaya port outside Bombay and the timings are critical for this.

"With over 700 personnel likely to be here for the event from overseas, we had to ensure that the letters of invitation reach everybody with a copy of the government’s permission to apply for their visas & ensure they are issued ontime which the FMSCI were hands on for," he added.

"The Indian market has all along been the target for all international events, but the shipment & organisational costs many a time make it prohibitive to get the events here."

"We’ve put together a deal with the ACCR promoters that works for everybody and hopefully will become commercially strong in the years ahead too."

The fifth round of the championship will take place alongside Round 4 of the Indian one-make series from Honda, Suzuki and TVS.

The races will be streamed online but with entry being free, it is expected fans will flock into the circuit for the return of international racing at BIC.

"The riders are very much looking forward to their first outing at the Buddh Circuit," said ARRC spokesperson.

"Even though it is an F1 circuit, it seems like the layout would also promote good racing for bikes as well."