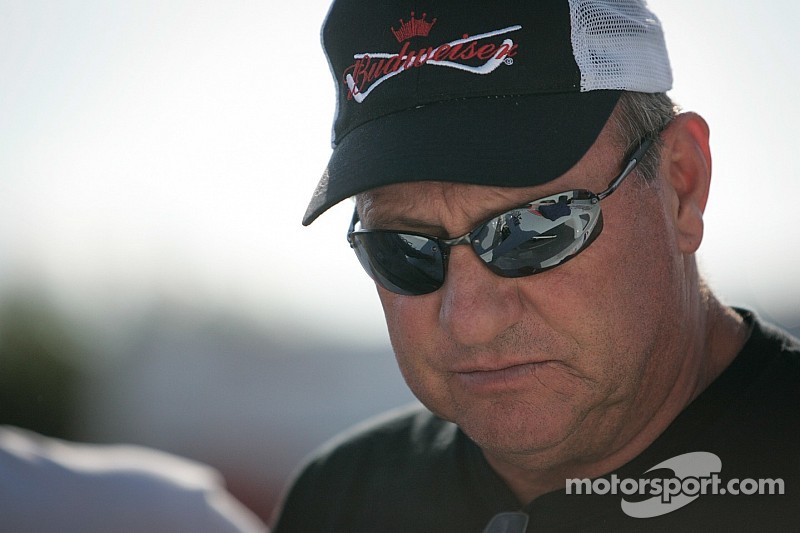 Ken Schrader held onto the lead during several late-race restarts and pulled away from the rest of the field to win Sunday's Federated Auto Parts 200 at Salem Speedway.

Schrader, 59, won for the first time at Salem since 1999, picking up his 18th all-time ARCA Racing Series presented by Menards victory. He led the final 138 laps in his own No. 52 Federated Auto Parts Chevrolet.

"Just winning anywhere feels good," Schrader said. "It had been so long since we've been able to win here. We've had a good car here several times, but for whatever reason we didn't win it."

Driving the No. 22 Cunningham Motorsports Ford, Kyle Weatherman charged in front of Dominic Ursetta on the final lap to finish second. Fifteen-year-old J.J. Haley was fourth in the Braun Auto Chevrolet and Austin Wayne Self finished fifth in the AM Technical Solutions Ford.

The first of six cautions came out on lap five, scrambling the field.

"That early wreck put us off the whole race," Weatherman said. "I had to fight back from bad track position. It was hard to pass. I never give up and always race to the end."

Haley gave Schrader a battle for the lead with 50 laps to go, before getting passed.

"We had to start 26th, so it was a challenge," Haley said. "I could have ended my day really early. I was up to seventh by lap eight, so that was really good. On my second pit stop, I went from ninth to second, so I have to thank my pit crew for that track position. We could have contended for the win, it's just some things didn't play into our favor."

Josh Williams, who entered the race second in driver points, finished 19th after leaving the race for handling issues at lap 111.

The win for Schrader saw the end of Grant Enfinger's three-race winning streak. It was the second consecutive season that Enfinger started the year with three straight wins - the first ARCA Racing Series driver to do so.

Enfinger was battling Schrader for the lead with 26 laps to go when he made it up to second place. But, he said, he drove the car a little too hard and ending up breaking a rear track bar mount. He finished 13th, eight laps down.

"We didn't have that great of car to be racing with Kenny at the end," Enfinger said. "We were giving it all we had there at the end. I'm trying not to get too down on it. We've still had a great start to the year.

"I have to say congratulations to Kenny," he said. "It's always great racing with him."

In addition to Schrader, Enfinger led 23 laps and Hessert 39.

His win came in front of a good crowd at the historic southern Indiana track, which has been home to a record 97 ARCA races. Saturday's practice and qualifying were rained out, leaving the teams and drivers only a 30 minute practice session on Sunday morning to prepare for the race. It took just less than 90 minutes to complete the 200-lap, 111-mile race, which was the fourth of the 2015 ARCA Racing Series season.

The ARCA Racing Series will next race at Talladega Superspeedway, the second restrictor plate race of the season. Hessert is the defending champion. The race will be at 6 p.m. ET Friday and will be live on Fox Sports 1.