One of the up-and-coming drivers in NASCAR’s Mexico series is moving fulltime to ARCA competition this season.

The 18-year-old Mexico City native will make his debut Monday night in the series season-opener at New Smyrna (Fla.) Speedway.

“First, I’m very happy to be running for the ARCA Menards Series East championship with Rette Jones Racing,” said Gutierrez. “I don’t have the words to express how thankful I am.

“The cars are more powerful than in Mexico and a Late Model, but I feel I can control the car better than any other series I’ve competed in. There are goals to be conquered in 2021 and with the help of Rette Jones Racing and my partners, they are helping me make my dream a reality.

“I can’t wait for the green flag.” 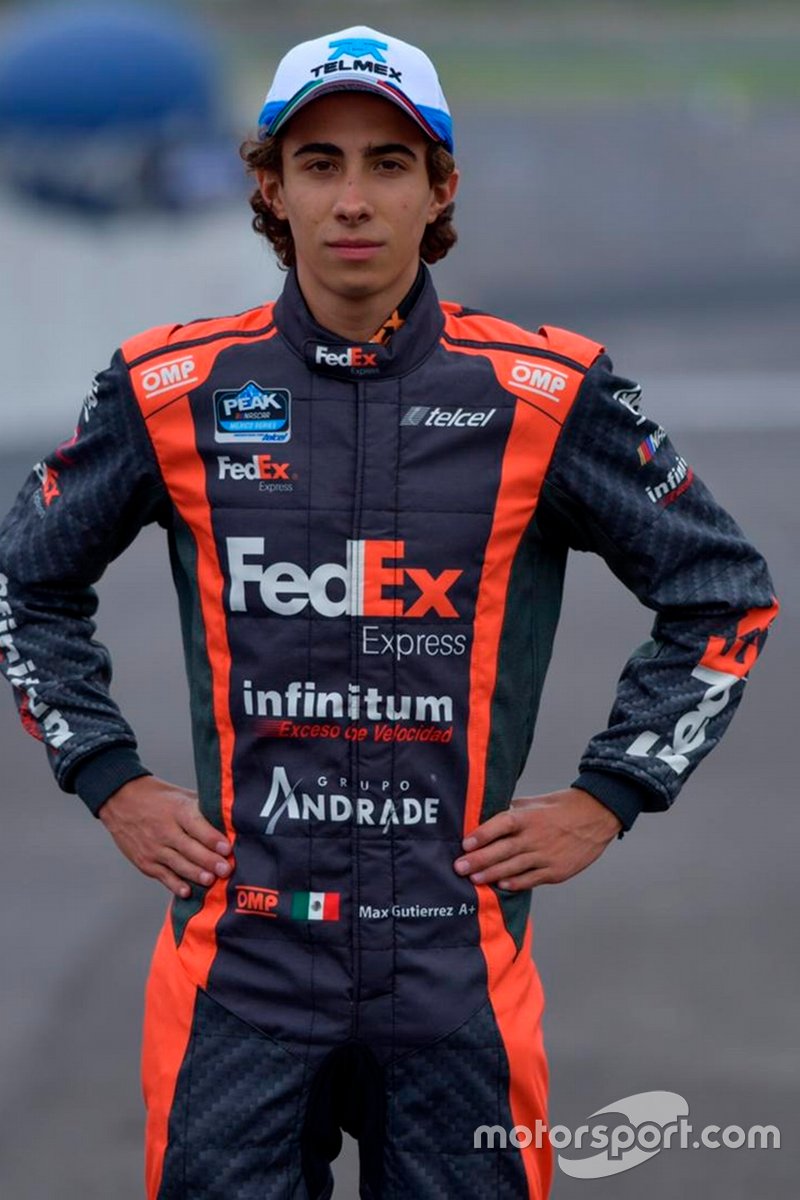 Following a successful karting career, Gutierrez won rookie of the year honors in Mikel’s NASCAR Truck Series in Mexico in 2017 before capturing the series championship the following year.

He’s won seven races in the Challenge series over the past two seasons, including the season title in 2020.

He made two ARCA East starts last year with a best finish of 12th at Five Flags Speedway in Pensacola, Fla. He also completed a private test with RJR at New Smyrna in preparation for his debut.

“We made a lot of gains during the day and everyone left the track pleased,” said co-car owner and crew chief Mark Rette. “Max didn’t leave anything on the table and continued to provide exceptional feedback that allowed us to keep adjusting the handling.

“It’s going to be a stacked tour in 2021, but I feel that Max will be a quick learner and we can compete for not only rookie of the year – but the overall ARCA Menards Series East championship.”