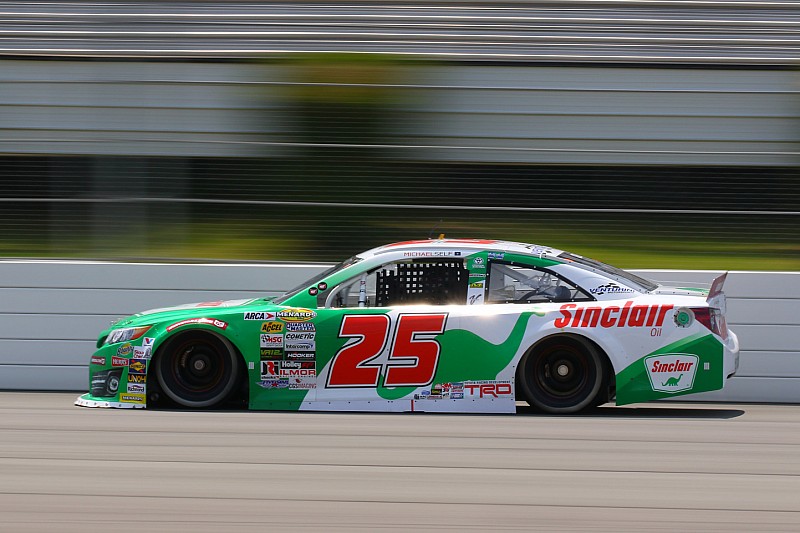 Michael Self was able to grab an ARCA Racing Series victory that almost became another that got away.

Self led 86 of the 100 laps in Friday’s race at Michigan International Speedway, but as the race drew to a close, Ty Majeski tried to steal a victory on fuel mileage.

It almost worked but Majeski ran out of fuel on the final lap, allowing Self to pass him in the final turn and claim the win.

The victory is Self’s third of the season – the most of any driver – and sixth of his career.

Self has had fast cars the last two races at Charlotte and Pocono but had been unable to translate them into wins. Friday’s win was his first of the season on a superspeedway.

Majeski – who was going for this third consecutive win of the season – was still able to coast home in second. Bret Holmes was third, Joe Graf Jr. fourth and Tanner Gray completed the top-five.

Only three cars finished on the lead lap in the race that featured only one caution.