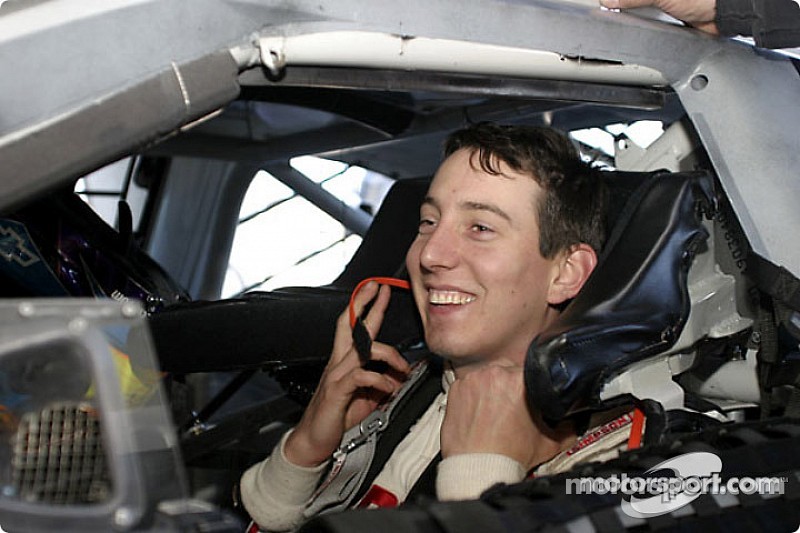 John Hunter Nemechek fought off Busch until the final turn.

Kyle Busch only led one lap of the Circle City 100 ARCA/CRA Super Series event at Lucas Oil Raceway, but it was the one that mattered. Over the final 15 laps of the event, Busch tried high and low to work his way around John Hunter Nemechek, but until the final turn the youngster was able to hold off the challenge. His JEGS Camry dove to the inside of Nemechek's car through Turn 4 on the final lap and the two remained side-by-side all the way to the start-finish line, with Busch picking up the win by a nose.

"That was a lot of fun -- I just timed it right and it was a drag race to the finish," Busch said. "We've had a lot of great runs in this late model car over the years and I have to thank JEGS for coming onboard for this one. I won the race the same way Earnhardt would. Opportunities like these for young guys like John Hunter are going to take them a long ways."

Busch posted the second fastest time in the qualifying session, but started from the eighth position after the invert. On lap 12, he worked his way around fellow Sprint Cup Series competitor David Ragan for the sixth position and by the time the first caution of the race occurred on lap 28 he had advanced up to the fourth spot.

"Rowdy" went three-wide on the restart to move up to the second position and looked to high side of Ross Kenseth for the lead, but was unable to successfully complete the pass. Busch remained second with Kenseth leading at the halfway mark of the 100-lap event. A few laps later the No. 51 JEGS Camry looked to make a move for the lead, but once again was unsuccessful and opened the door for Nemechek to take over the second position.

Nemechek then worked his way around Kenseth for the lead on lap 54. Busch regained the second spot with a slide job on Kenseth on lap 55 and set his sights on the new leader. KBM's owner-driver looked to work his way around the youngster on lap 66, but was unable to complete the pass. Over the final 30 laps Rowdy tried several times to maneuver his way into the top spot, but was unable to complete the pass. After each attempt, he would fall back a couple of car lengths and then regroup and make another charge.

Giving it all he had on the final lap, Rowdy was able to dive to the inside of Nemechek in Turn 4 and win the drag race to the start to finish line to claim the victory in his first Super Late Model start of 2014. The margin of victory over Nemechek was 0.024 seconds. Chad Finley, Alec Carll and Travis Braden rounded out the top-five finishers.

Rowdy will be back behind the wheel of his No. 51 Super Late Model on Tuesday, Aug. 5 for the PASS Triple Crown Series race at Autodrome Chaudiere in Valley Junction, Quebec, Canada.