Bad news for the ARCA veteran.

Carter 2 Motorsports announced today that the relationship between the ARCA Racing Series team and driver Bobby Hamilton, Jr. has been terminated, effective immediately. 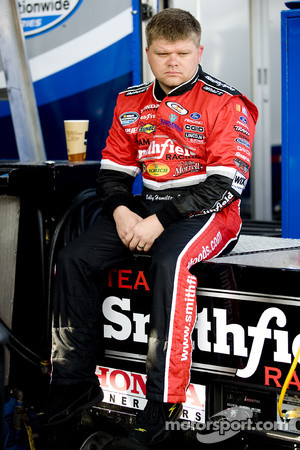 Carter 2 Motorsports has been in negotiations with representatives of Cherokee Charcoal this week in hopes of modifying the original agreement. Those negotiations were terminated today and Trussville, Ala. native Dustin Knowles has been named to drive the number 40 Carter 2 Motorsports Dodge Charger at the March 22nd “ARCA Mobile 200” at Mobile International Speedway (Ala.).

“I really looked forward to working with Bobby and Precision MotorSports this season,” stated team owner Dana Carter, “I put a lot of money into our team for Mobile and now all I have is a lot of unpaid bills along with a worthless contract.”

Ty Gibbs picks up ARCA win No. 8 on the season at Michigan