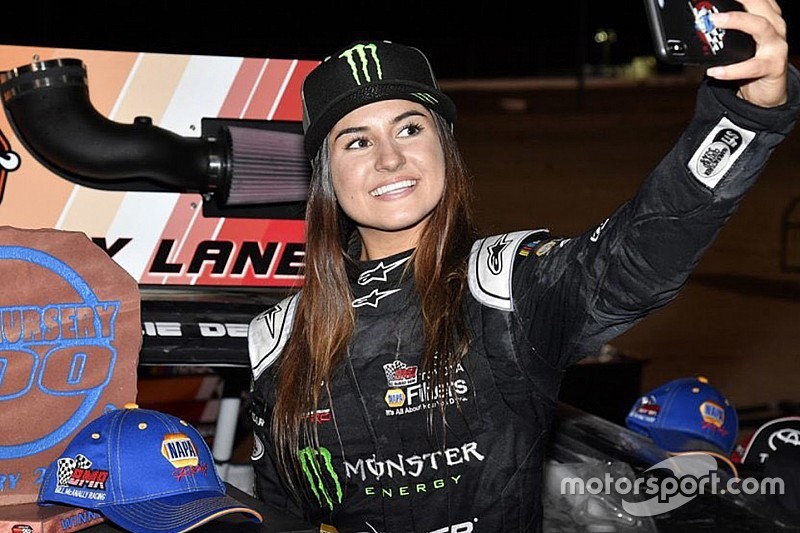 Hailie Deegan is ready to take her next step in her stock car racing career.

Hailie will drive the No. 55 Toyota for Venturini Motorsports with series veteran Frank Kimmel serving as her crew chief. The race is one of six ARCA starts planned this season in addition to her NASCAR K&N Pro Series schedule.

“I’m super excited for this opportunity especially coming to a short track for my first ARCA race,” Deegan said. “I think this first race is all about finding out where I stack up against the field and find out where I’m at compared to everyone else.

“Once we get a baseline I think we’ll definitely start to work up from there and get better finishes.”

Last September, Deegan became the first female driver in K&N Pro Series West history to win a race with her victory at Meridian Speedway in Idaho. The only other woman to win in a NASCAR series was Shawna Robinson, who earned three wins in the now-defunct Dash Series, most recently in 1989.

Earlier this season, Deegan added another West victory with her victory at The Dirt Track at Las Vegas Motor Speedway.

One step at a time

While Hailee is determined to climb the ladder in NASCAR, she remains adamant at focusing on one step at a time.