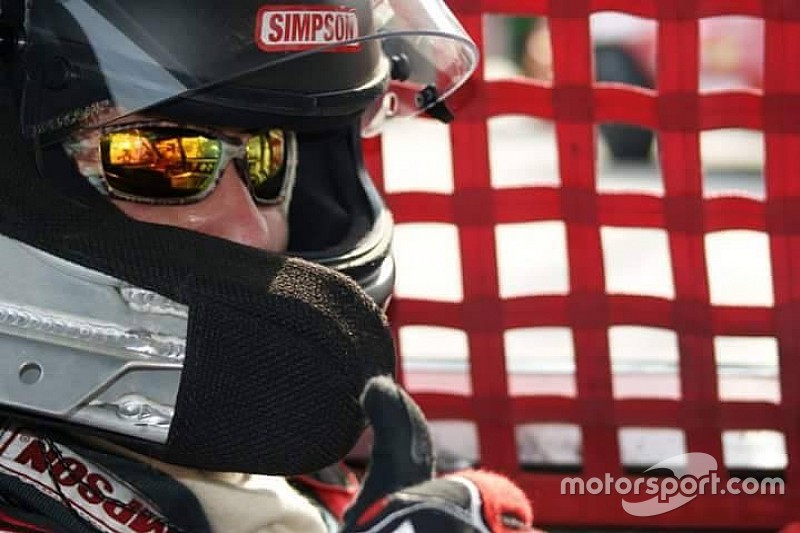 The name Earnhardt is one of the most famous names in all of racing.

The patriarch Ralph was well-known throughout North Carolina as an expert dirt racer. His son Dale went on to become arguably the greatest NASCAR driver in history and the ultimate icon of the sport. His son Dale Jr. is by far the most popular driver in NASCAR today and still winning races at the Cup level.

And most of us know his brother Kerry, the eldest son of Dale Sr. His son Jeffrey will be making the leap up to the premier division in 2016, running 32 races in the No. 32 machine. But this you may not know.

There is yet another Earnhardt with a desire to race in the NASCAR Sprint Cup Series ... Jeffrey's elder brother Bobby Dale Earnhardt, who Motorsport.com spoke with earlier this month.

The last name always draws a crowd ... It definitely puts pressure on me, but at the same time it gives me something to strive for.

Bobby races in the ARCA Truck Series and is trying to forge his own path up through the ranks of stock car racing with the end goal of reaching the Sprint Cup Series like five other Earnhardts have done before him.

Doing it the hard way

He may be doing it the hard way, but Bobby is just fine with that. "Anything that you have to work for, you're going to cherish more than if you get it handed to you. You're going to take it more seriously than if you got handed the spot," he told Motorsport.com.

Bobby has been focusing on ARCA Trucks for the last few years, citing the 2013 season as the highlight of his racing career so far when he won both ROTY and Most Popular Driver en route to sixth in the championship standings.

His racing career was put on hold while he finished school, but he kept involved, working in his uncle Dale's race shop for a couple years and helping out his brother as a mechanic. But now, he's fully committed to furthering his own racing.

Unlike most young drivers, Bobby has to deal with the obvious attention and added scrutiny that goes with such a surname, which can get difficult at times.

"The last name always draws a crowd ... It definitely puts pressure on me, but at the same time it gives me something to strive for. Everyone expects me to be at the top and I'm going to work my hardest to get to the top and be my best at it. It's kind of hard when I have bad days because everybody jumps on you. But it's a learning thing. You have a bad day and you learn from it."

Bobby also has a unique opportunity to get himself more in the public eye in the form of a reality TV show, a concept pitched to him by Momentous Entertainment Group.

"I was excited, but at the same time, I was kind of scared at first. I knew these reality shows follow you around throughout your whole life but after sitting down and talking to these guys, I'm really excited to start shooting."

As for the premise of the show: "It's a series that hopefully is going to shed some light on a driver and all the behind the scenes stuff in racing, giving a view of things that you usually don't get to see on TV. Everything that goes into being a race car driver," he explained.

"(It will show) my faith and how Jesus has brought me through everything I've been through to get me to where I'm at. Like I said before, the behind the scenes like going and trying to get sponsorships, what I do to get prepared for a race -- how I get in shape. It also shows the work side of it in the shop and how the series is actually run."

The hope is that the show will start airing next winter after a distributor is selected for the program. Bobby will continue to run ARCA Trucks in 2016, but says he is also working on putting an ARCA deal together.