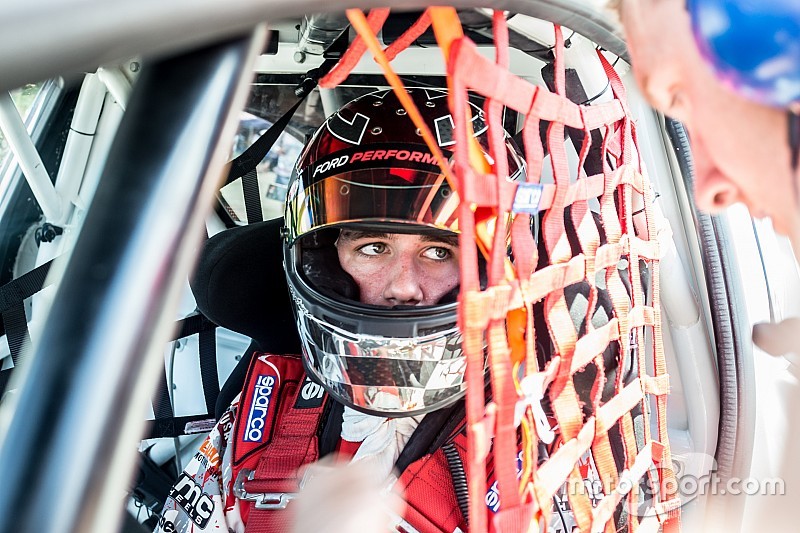 Cindric, 16, turns his attention to stock cars -- for now.

Coming off of his first win Continental Tire SportsCar Challenge series, Austin Cindric is looking to tackle ARCA this weekend at Iowa Speedway.

The 16-year-old son of Team Penske president Tim Cindric, will pilot the No. 99 AutoZone Ford for Cunningham Motorsports in the #ThisIsMySpeedway150 on the 7/8-mile track on Friday.

“It’s something new for me to try,” Cindric told Motorsport.com. “I’ve been in just about every discipline so far in racing and stock car racing was one of the things I hadn’t tried yet. And I got a great opportunity from the Cunningham guys to be able to race at Iowa — one of the hardest tracks they go to.

“I got a lot to learn, but I’m looking forward to it.”

It’s just the latest challenge for the rising high school junior, who tested with Ryan Blaney at the track last month.

Cindric became the youngest winner in the Continental Tire Series at Canadian Tire Motorsport Park last Saturday when he shared the driving duties with Jade Buford in the Multimatic Ford Shelby Mustang GT350R-C.

Cindric also competes in the Red Bull Global Rallycross Lites — where he won at Daytona on June 21 for his third podium finish.

It’s all been happening pretty fast but it’s been fun.

“It’s all been happening pretty fast but it’s been fun,” Cindric said. “I don’t think a lot of my peers understand what I do. I think it would be hard to understand being there and experiencing it.”

Cindric cut his teeth in Bandoleers and the Legends series before moving up to the Skip Barber School.  He was the youngest driver to enter the Bathurst 12 Hour race in Australia in February but was almost giddy describing his podium finish in the X-Games last summer.

“It was pretty incredible to be honest,” Cindric said. “My brother and I had both grown up watching the X-Games and really kind of idolizing these guys. I never really thought as a race car driver I would be able to experience being an X-Game athlete. Then my very first Rallycross Lites race was over there. It was kind of a big undertaking but I ended up with a bronze metal and it was pretty awesome.”

Kerry Scherer, Managing Director of Cunningham Motorsports, has partnered with Team Penske in the past and is “excited” to offer Cindric his first ARCA Series opportunity.

“Austin has experience racing in many different cars and we always look forward to helping young drivers grow and develop their skills,” Scherer said. “It will be great to work together with Austin at Iowa.”

Cindric says “opportunities” will determine whether he follows his father in open wheel or continues a course in stock car racing.

“I’m heading to my first (stock car) one,” Cindric said. “So we’ll see how it goes and just keep on going from there.”